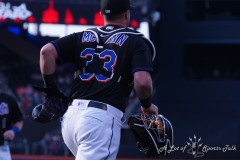 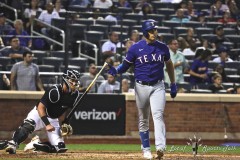 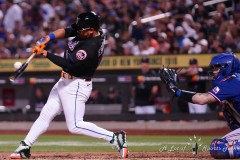 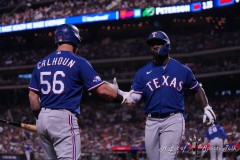 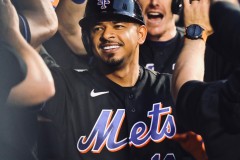 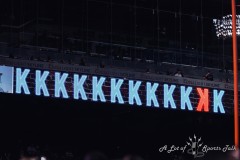 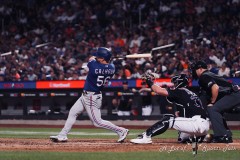 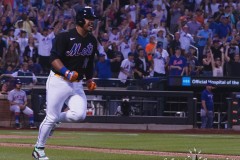 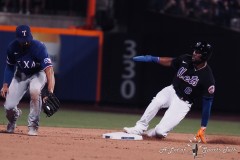 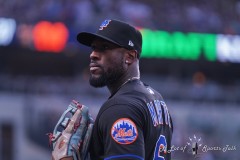 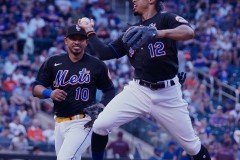 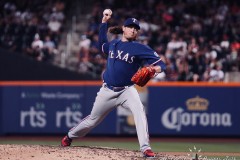 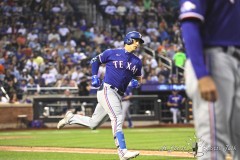 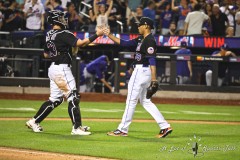 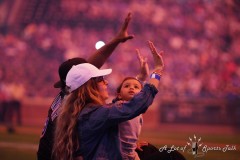 NEW YORK — While the biggest long-range concern for the New York Mets is to make sure their starting rotation is whole again after injuries ravaged the staff a couple of months ago, getting some extra pop from places in the order it has not getting consistent power from would be a welcomed sight. Enter third baseman Eduardo Escobar, and his .207 batting average for the month of June, and hopes that tonight’s decisive swing on Friday portends to more consistent production from the hot corner.

Esbobar slugged a three-run home run to cap off a four-run inning in the Mets’ 4-3 victory over the Texas Rangers at Citi Field on Friday night. David Peterson tied a career high with 10 strikeouts in his six innings of work, continuing to perform well in a starting role while other starters, notably Max Scherzer and Jacob deGrom, are still on the mend.

New York had already pushed a run across in the fourth inning, on a Canha RBI single, to tie the score before Escobar came up with runners on second and third, and he proceeded to take the first three pitches for balls. After a couple of called strikes, Escobar capitalized fully on the scoring opportunity, lifting a Glenn Otto sinker into the right field seats for his seventh homer of the season and a 4-1 Mets lead.

Peterson made the lead stand, with his only two mistakes heading into the sixth inning being solo homers by Marcus Semien in the third and Nathaniel Lowe in the fifth inning. He found himself in trouble of his own doing in the sixth, committing a throwing error on a pickoff attempt at second to allow Semien to go to third base. Semien scored on a ground out and then Jonah Heim singled to represent the tying run, but Peterson got put an end to the inning by striking out Kole Calhoun on his 90th and final pitch.

*Editor’s note: Above the byline is the photo gallery from Friday evening’s contest, with photos taken by ALOST photographers Melinda Morales and Chris Simon. After clicking on the first photo to enlarge the picture, make sure to press the left and right arrow buttons to scroll through the rest of the pictures. There are 15 pictures in total.