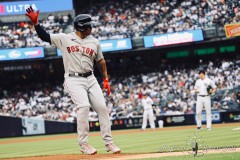 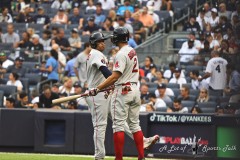 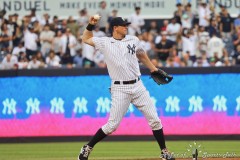 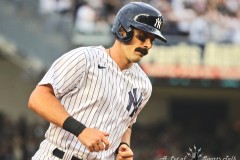 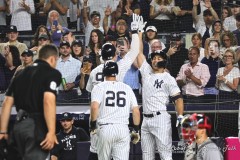 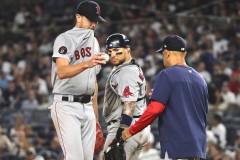 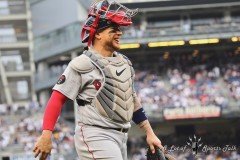 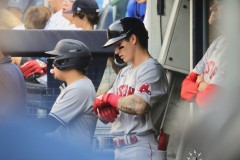 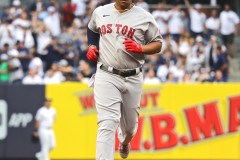 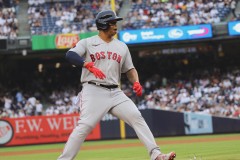 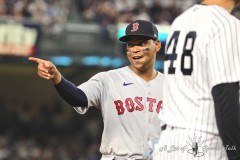 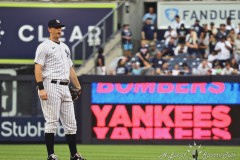 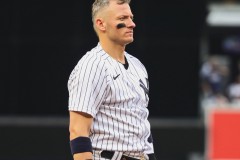 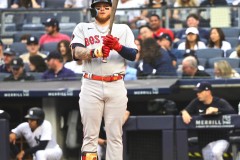 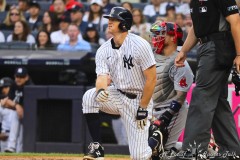 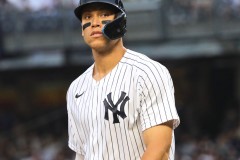 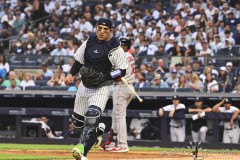 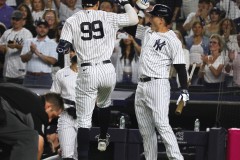 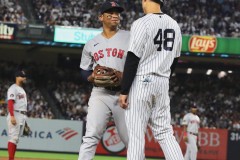 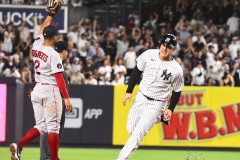 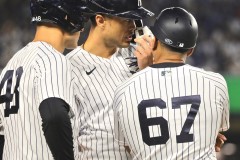 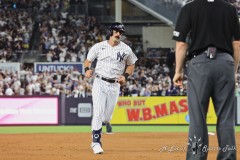 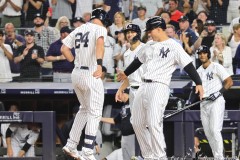 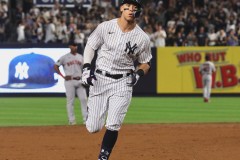 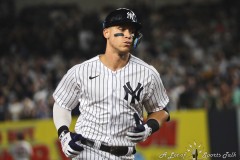 NEW YORK — After starting his New York Yankees career with a bang, New York Yankees utility man Matt Carpenter continues to provide fireworks when he gets a chance to be in the lineup, with his latest explosive display coming when it is appreciated the most by the Bronx Bombers faithful: against the Boston Red Sox.

Carpenter hit a pair of three-run home runs in almost singlehandedly blowing the game open for the Yankees, who cruised to a 14-1 victory over the Red Sox in the second game of the three-game set right before the All-Star Break. In going a perfect 3-for-3, Aaron Judge also slugged a pair of home runs to bring his league-leading total to 33 homers. Half of the Yankees’ 12 hits went for extra bases on the evening.

In an otherwise standout career for the St. Louis Cardinals, Carpenter did not make his Yankees debut until May 26 after being released a week prior by the Texas Rangers’ Triple-A affiliate and after a woeful 2021 in St. Louis in which be batted .169 and lost his starting position. Upon putting on the pinstripes, Carpenter sent each of his first three hits as a Yankee, and five of his first eight, over the fence, becoming a valuable power option off the bench for New York. Starting tonight against Red Sox starter Nick Pivetta, Carpenter made sure New York took advantage of a second-and-third situation with two outs and a run already in by cranking a 1-1 curveball deep into the right field bleachers.

Judge joined the emerging home run party in the fifth inning with a solo blast, his league-leading 32nd home run, for a 5-1 Yankees lead, and New York continued to pile on the pressure before they forced Pivetta out of the game with runners on second and third with one out. Left-hander Darwinzon Hernandez was brought in to face the lefty-swinging Carpenter, who fell behind 0-2 before staying inside on a slider and slapping the ball just above the wall in right for his second homer of the evening, effectively ending the competitive nature of the contest.

Judge, voted to the All-Star game for a fourth time last week, smashed a two-run homer in the sixth inning that was worthy of a Home Run Derby moonshot, hitting the back wall beyond the bullpen in left-center field for his second of the night.

Jameson Taillon worked six innings on the mound for the Yankees and allowed just two hits and a run, the score coming on a Rafael Devers solo homer in the first inning. Boston managed just three hits on the night.

*Editor’s note: Above the byline is the photo gallery from Saturday evening’s contest, with photos taken by ALOST photographer Chris Simon. After clicking on the first photo to enlarge the picture, make sure to press the left and right arrow buttons to scroll through the rest of the pictures. There are 25 pictures in total.