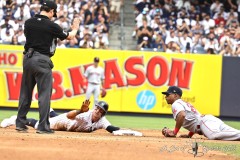 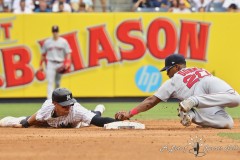 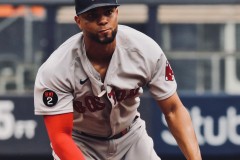 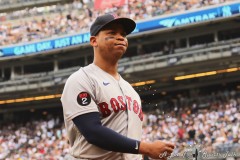 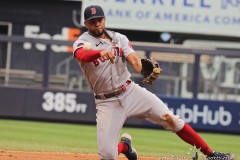 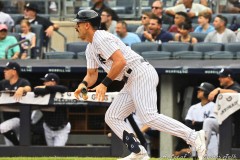 NEW YORK — In this dream beginning of the 2022 season, some cautions New York Yankees fans who wanted something to worry about were given a lifeline right before the start of the weekend: a stretch of five losses in six games that any nitpicker can glom onto right before the start of the second half. On the weekend, however, the Bronx Bombers lived up to its nickname in a massive way, and their quest for completing a historic regular season remains on course.

The Yankees blew Sunday’s game wide open with an eight-run fourth inning in defeating the Boston Red Sox 13-2, completing another series victory and securing the team’s 64th win, the most victories by the Yankees in the first half of a season in team history. Only two teams in Major League history had more wins in the first half of a season, with one of those teams being the iconic 1998 New York Yankees world championship team that had 66 wins in the first half and finished with a then-American League record 114 wins that season. (The 2001 Seattle Mariners, who broke that record, had 66 first-half victories.)

Before Saturday, New York had lost five of their six games, including a series defeat at home against the Cincinnati Reds before Boston’s visit. The Red Sox, who had won the final two games of their series against the Yankees at Fenway last weekend, earned a 5-4 win in 10 innings on Friday in the first game of the series, and with Boston ace Chris Sale coming back on the mound on Sunday after a long stretch away due to injury, a third straight series defeat looked like a real possibility.

All the Yankees did this weekend was outscore the Red Sox 27-3 in the final two games. Furthermore, Sale’s start today went all of two-thirds of an inning after being hit on the left hand with a line drive off the bat of Aaron Hicks, suffering a fractured pinkie finger. Now working against the Red Sox bullpen for almost the entire game, the Yankees bats took advantage by scoring three in the first inning.

Boston cut the Yankees’ lead to 3-2 with two runs in the third, but New York’s offense wore out Boston’s bullpen in the fourth as it sent 12 men to the plate. Only one home run was hit in the barrage by the team that leads the Majors in home runs, and it was a two-run home run by Tim LoCastro, just his second of the year, that capped off the scoring in the inning and gave the Yankees an 11-2 advantage.

*Editor’s note: Above the byline is the photo gallery from Saturday evening’s contest, with photos taken by ALOST photographer Chris Simon. After clicking on the first photo to enlarge the picture, make sure to press the left and right arrow buttons to scroll through the rest of the pictures. There are six pictures in total.