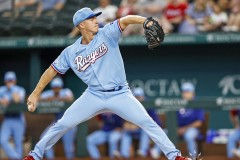 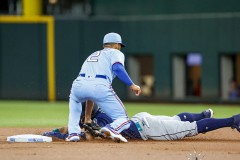 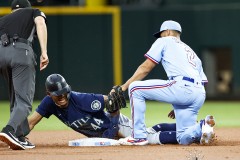 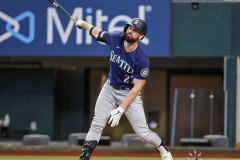 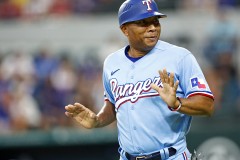 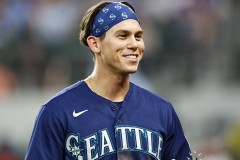 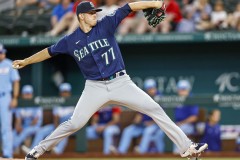 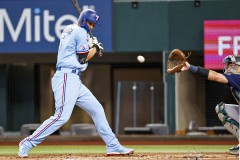 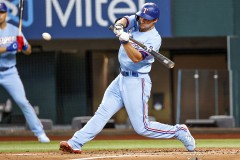 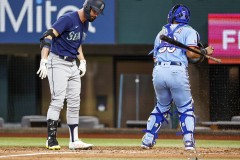 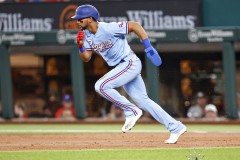 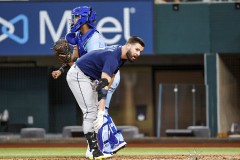 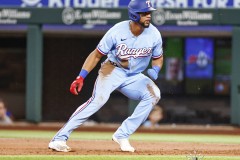 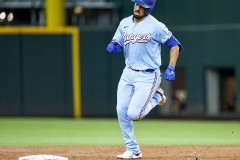 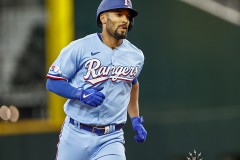 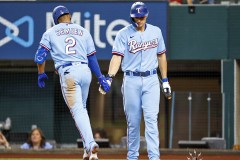 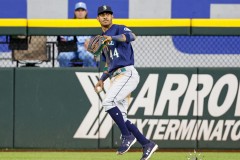 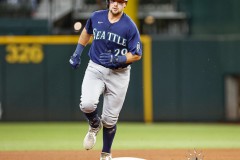 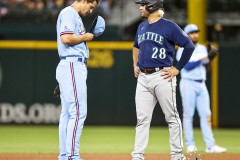 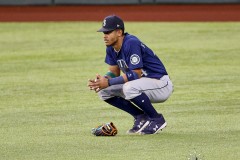 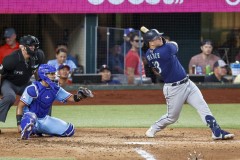 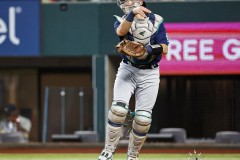 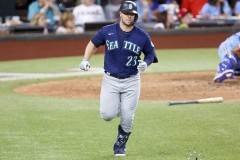 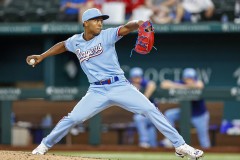 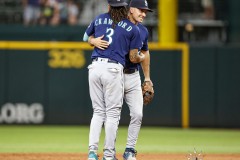 ARLINGTON, Texas — On Sunday, the Seattle Mariners accomplished a feat that no team has been able to pull off since one of the legendary teams of the sport did so almost a half century ago. In doing so, the Mariners players may be the only group across baseball that is disappointed that the unofficial first half of the season has come to an end.

But what an end of the first half of the season it was, though!

First baseman Ty France, named to the All-Star team today, marked the occasion with a solo home run in the fifth inning, the game-winning hit during the Mariners’ 6-2 victory over the Texas Rangers on Sunday, completing a three-game sweep of the weekend series and extending Seattle’s winning streak to a whopping 14 games. Catcher Cal Raleigh also homered while rookie sensation Julio Rodríguez capped off his stellar first half of his maiden major league campaign with a double and two runs batted in on a 2-for-4 afternoon.

According to the Elias Sports Bureau, the 14-game winning streak is the longest win streak heading into the All-Star Break in MLB history. Furthermore, only three teams in league history have ever taken a double-digit winning streak into the All-Star Break, the last being the 1975 Cincinnati Reds in the midst of their “Big Red Machine” run. The 1935 Detroit Tigers, led by all-time great slugger Hank Greenberg, the 1945 Chicago Cubs and those 1975 Reds all had 10-game win streaks heading into the Midsummer Classic, and each of those teams reached the World Series, with the Tigers and Reds crowned world champions to end their campaigns.

*Editor’s note: Above the byline is the photo gallery from Sunday afternoon’s game, with all photos taken by Dallas-area photographer Ross James. After clicking on the first photo to enlarge the picture, make sure to press the left and right arrow buttons to scroll through the rest of the pictures. There are 25 pictures in total.