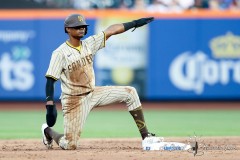 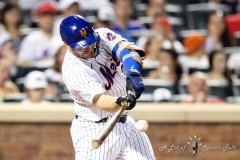 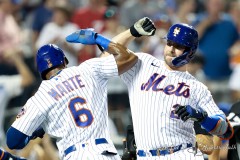 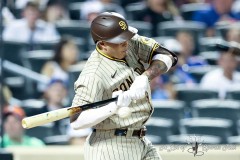 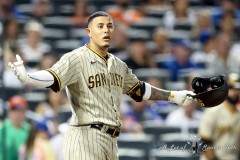 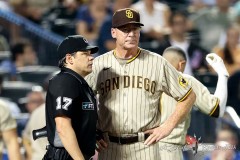 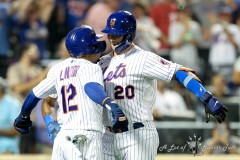 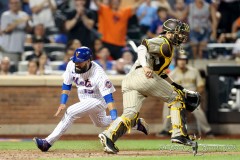 NEW YORK — Pete Alonso’s sixth-inning swing not only put the New York Mets into the lead in Sunday night’s contest, but it also put aside an otherwise frustrating weekend for the New York Mets that could have easily ended by being swept in a series for the first time this season.

It also took a great defensive play minutes before Alonso’s blast to snap the Mets’ offense out of its doldrums.

Alonso launched a three-run home run to begin a five-run sixth inning for the New York Mets, who went on to post an 8-5 victory over the San Diego Padres to salvage a game in the three-game weekend set. Alonso, who had two hits in the contest, drove in four runs while Starling Marte, Francisco Lindor and Mark Canha each had two hits as the Mets did all of their damage offensively in the sixth and seventh innings.

In the two losses to begin the series, the Mets scored just one run in each game, and they were held scoreless through the first five innings tonight as San Diego threatened to deliver a hammer blow in the top of the sixth. After Eric Hosmer delivered a run-scoring double off reliever Drew Smith with two outs drive in the first run of the game, Austin Nola crushed a ball to deep left-center field that appeared destined for extra bases — and possibly a home run. Mets center fielder Brandon Nimmo ranged a long way to his right before leaping and making the catch at the wall, ending the inning and getting New York out of further trouble.

Soon after, the Mets offense finally caused serious trouble to Padres starter and All-Star Joe Musgrove, who did not allow a hit through the first four innings. Starling Marte lined the first pitch of the sixth into center for a base hit, then Francisco Lindor followed with a double down the first base line to move Marte to third.

Musgrove, who has one of the best sliders in baseball and not afraid to double or triple-up on them during an at-bat, failed on a 2-1 slider to Alonso, who launched the pitch 425 feet into the left-centerfield bleachers to give the Mets a 3-1 lead. It was Alonso’s 25th home run of the season, and after he drove in a run in the seventh inning on a double to center that just missed clearing the fence, now has the Major League lead in runs batted in with 82.

One of Canha’s two hits helped to give the Mets some extra wiggle room to play with in the seventh, as his swinging bunt single down the third base line brought home a run while a second scored on the play as Manny Machado’s throw to try and retire Canha sailed into right field.

Mets starter Carlos Carrasco did not allow a run in five innings, but threw 92 pitches in the 90-plus-degree heat and humidity and New York did not chance bringing him out for the sixth inning and go through the Padres order for a third time.

New York’s lead ballooned to 8-1 before San Diego scored a run in the eighth and three more in the ninth, prompting Buck Showalter to use Edwin Díaz in the ninth inning for a save situation when the Padres had runners on the corners and down 8-4 with no outs. Díaz retired all three batters he faced, including a strikeout of Austin Nola to end the game, to earn his 21st save.

*Editor’s note: Above the byline is the photo gallery from Sunday evening’s contest, with photos taken by ALOST photographer Jenny Rohl. After clicking on the first photo to enlarge the picture, make sure to press the left and right arrow buttons to scroll through the rest of the pictures. There are eight pictures in total.