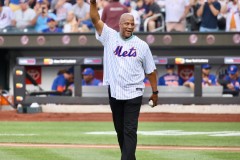 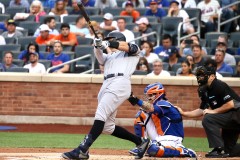 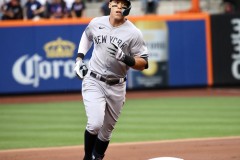 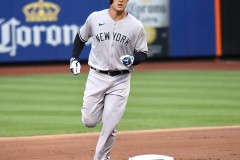 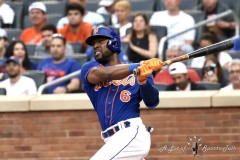 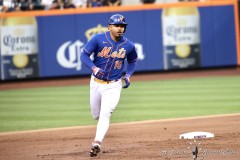 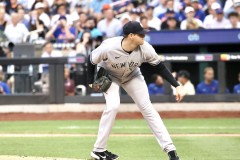 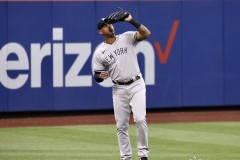 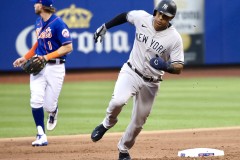 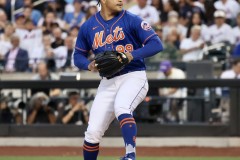 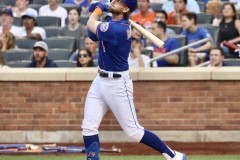 NEW YORK — The heavyweight fight that took place in the Big Apple did not take place on the canvas but on the diamond, where the New York Mets ate a couple of uppercuts in the first inning, including a mighty swing from the hardest hitter in the league.

Up off the canvas after an early standing 8-count, the Mets closed that first round with a couple of power punches of their own, won the round on points, then did enough to through the rest of the fight to take another victory from their city rival.

Starling Marte and Eduardo Escobar each hit first-inning home runs during a four-run inning for the Mets — eclipsing the exploits of the red-hot Aaron Judge in the top half of the frame — in a 6-3 victory over the New York Yankees in the first game of this year’s annual Subway Series. Pete Alonso was 3-for-3 while Marte and Francisco Lindor each had two hits as the Mets have won six of their last eight games against their crosstown rivals.

Before the Mets took their turn at the plate for the first time on Tuesday, they became the latest to be added to the Aaron Judge hit collection, as he crushed a homer deep to center field off Mets starter Taijuan Walker to open the scoring. The next batter, Anthony Rizzo, also homered, and the league-leading team in home runs appeared to get ready for another offensive onslaught.

The Mets riposte was a powerful as it was swift. Marte smacked a ball down the left-field line off Yankees starter Jordan Montgomery that crept just inside the foul pole to halve the Yankees’ lead.

Marte’s blast was the first of four consecutive base hits, with a double from Francisco Lindor and an RBI double from Pete Alonso, scoring Lindor to tie the game, comprising the meat of the extra-base-hit sandwich. Escobar capped off the barrage with his 12th homer of the season to give the Mets a 4-2 lead in what proved to be the game-winning hit.

While Montgomery lasted only 2 1/3 innings for the Yankees, Walker settled down and was able to give the Mets six innings while allowing three runs on seven hits. The outing marked the eighth consecutive quality start for Walker, the first Met to string that many quality starts together since Noah Syndergaard back in 2019.

*Editor’s note: Above the byline is the photo gallery from Tuesday evening’s game, with all photos taken by ALOST senior photographer Robert Cole. After clicking on the first photo to enlarge the picture, make sure to press the left and right arrow buttons to scroll through the rest of the pictures. There are 11 pictures in total.