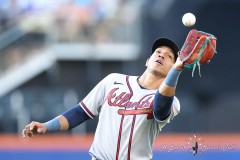 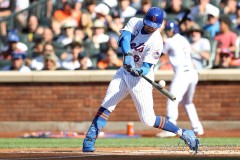 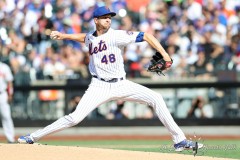 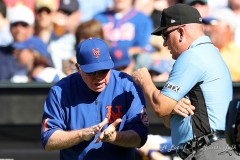 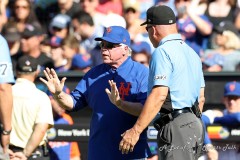 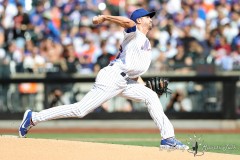 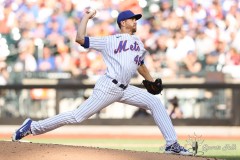 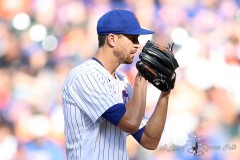 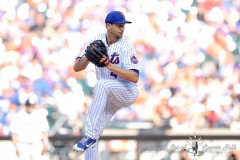 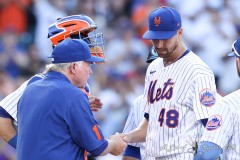 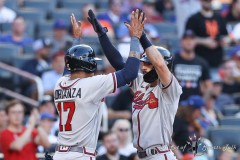 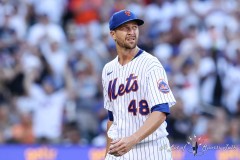 NEW YORK — Jacob deGrom’s long-anticipated return to the Citi Field mound to take on Major League competition was delayed by 20 minutes by weather. Once the tarp was removed and deGrom took the mound, his return to claiming back the title of “best pitcher in Major League Baseball” that he abdicated last July moved posthaste, the perfect cap to the Mets marking their ascendancy in the National League East.

Oh, and deGrom himself was almost perfect.

deGrom was thoroughly dominant in front of the adoring Citi Field faithful, retiring the first 17 batters he faced — 12 by strikeout — in the Mets’ 5-2 victory over Atlanta to give New York its fourth win in the five-game series against the defending World Series champions and the Mets’ closest pursuer in the division this campaign.

Being 30 games over .500 does not leave much on the wish list for teams and their fans to accomplishing outside of winning a championship, but seeing the most dominant pitcher in the game, who missed the entire season before last Tuesday with a stress reaction in his right shoulder during the offseason, take his already electrifying arsenal to another level could only have served to be Christmas in August for the team that now sits 6 1/2 games ahead of Atlanta.

Letting the numbers speak for themselves some more, deGrom struck out at least two batters in each of the six innings he pitched in. On the first 18 sliders deGrom threw that Atlanta batters swung at, they swung and missed all 18 times, with his 90 percent whiff rate on that pitch the highest against one pitch in an outing since the pitch-tracking era began in 2008 according to MLB.com’s Sarah Langs. In his 200th career start, deGrom set a Major League record for most strikeouts in a pitcher’s first 200 starts. His 12 strikeouts were part of a 19-strikeout performance by the Mets, tied for the most strikeouts by the Mets in a nine-inning game in team history.

And if it was not for a two-out walk to Ehire Adrianza in the sixth inning to give Atlanta its first baserunner, and then a Dansby Swanson home run immediately after the walk, deGrom’s return to Queens would have only had one apt word to describe it: perfect.

*Editor’s note: Above the byline is the photo gallery from Sunday afternoon’s contest, with photos taken by ALOST photographer Jenny Rohl. After clicking on the first photo to enlarge the picture, make sure to press the left and right arrow buttons to scroll through the rest of the pictures. There are XX pictures in total.