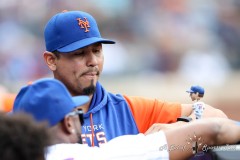 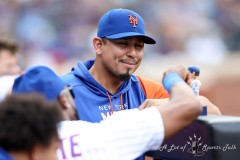 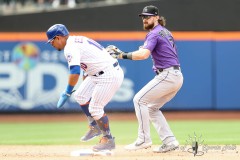 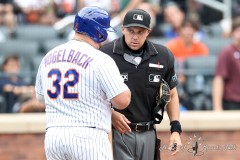 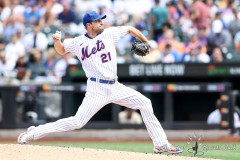 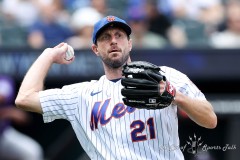 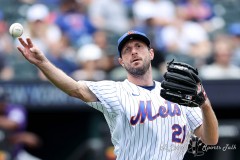 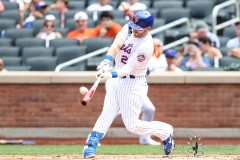 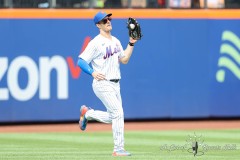 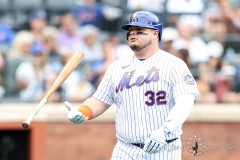 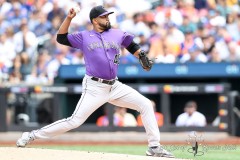 NEW YORK — As much as the Colorado Rockies had a sense of how tough of a day they were going to have at the plate against their opponent, they at least also got to witness starting pitcher Germán Márquez tying the majority of the hitters he faced in knots for long enough to scrape the one run needed to salvage a game in the Big Apple.

Márquez matched future Hall-of-Famer Max Scherzer in what turned out to be a pitcher’s duel that the Rockies won 1-0 over the New York Mets to conclude a four-game series on Sunday afternoon. In his 10th consecutive start of at least six innings, Márquez went seven scoreless innings while just giving up one hit and striking out five.

Brian Serven’s sacrifice flay with the bases loaded and one out in the seventh inning accounted for the only run of the game.

*Editor’s note: Above the byline is the photo gallery from Sunday afternoon’s contest, with photos taken by ALOST photographer Jenny Rohl. After clicking on the first photo to enlarge the picture, make sure to press the left and right arrow buttons to scroll through the rest of the pictures. There are XX pictures in total.