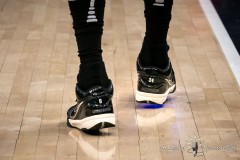 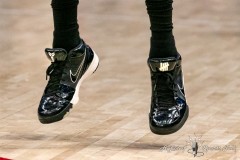 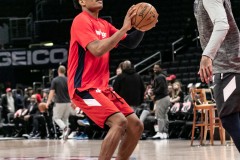 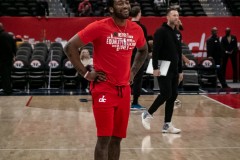 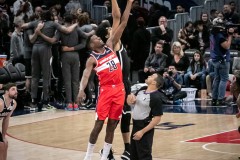 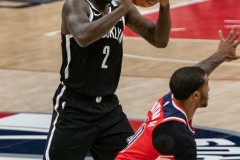 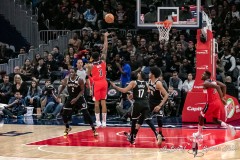 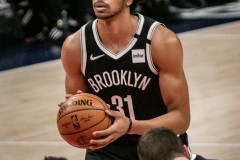 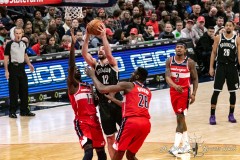 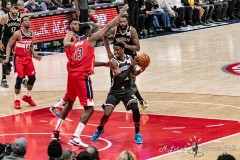 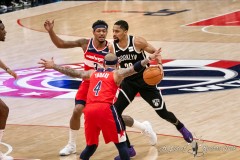 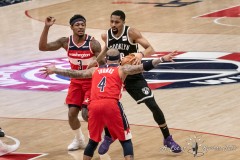 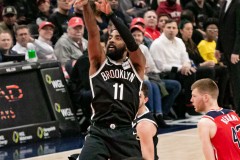 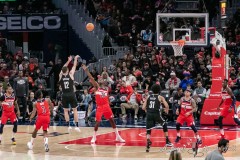 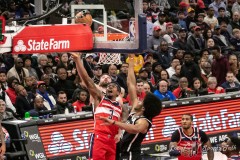 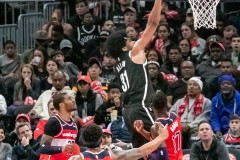 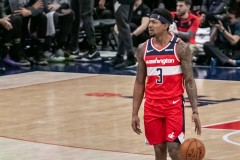 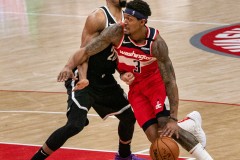 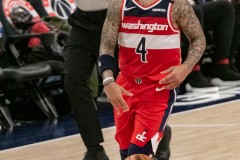 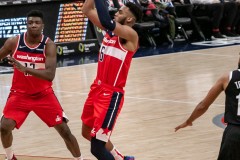 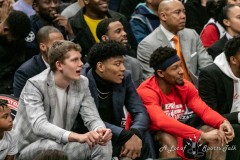 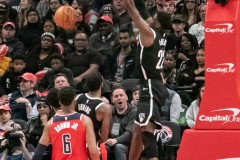 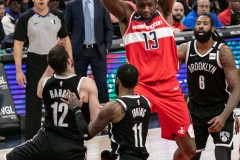 WASHINGTON — For the first time in three seasons, Washington Wizards guard Bradley Beal will not be a part of the All-Star Game, despite putting up statistics that are on par with his 2018 and 2019 numbers that landed him a spot in the NBA’s ultimate showcase of its talent.

No worries. On Saturday, two days after his All-Star snub, Beal continued to perform like the All-Star he knows he is, and his 34 points and six rebounds helped lead the Wizards to a 113-107 win over the Brooklyn Nets, who saw Kyrie Irving leave the game with a knee injury in the second half.

Thomas Bryant added 17 points and 11 rebounds off the bench, with each of the four bench players for the Washington who played in the game scoring at least eight points.

Beal hit 11 of his 23 field goals on his way to his sixth-consecutive game scoring at least 30 points. His three-pointer with 3:09 remaining tied the game at 106 and his free throw one minute later gave the Wizards the lead for good.

Beal scored 13 of Washington’s final 17 points. After the game, Beal appeared irked by being passed up for the All-Star Game, but took a magnanimous tone when going into detail.

“One thing I won’t do is disrespect anybody who made it,” Beal said. “I’m past it…It doesn’t make me or break me. It doesn’t define me as a player.”

Beal was also involved in another pivotal moment of the game, when he and Irving fell to the floor while vying for a loose ball midway through the fourth quarter, with Irving’s right knee getting pinned under Beal. Irving stayed down on the court before limping to the locker room and missing the final 5:31 of the contest.

Irving, who scored a season-high 54 points last night, will get an MRI on Sunday after X-rays came back negative.

“I’ve done some pretty decent things to my knee in the past, Irving said. “Just want to make sure my ACL, my MCL, and my PCL, just make sure that our medical staff did their check. The most important thing was just my ACL, making sure it was fine. But it was just a weird, weird, weird fall. Just felt a lot of stretching and tension afterwards and just a bad fall.”

*Editor’s note: Above the byline is the photo gallery from Saturday evening’s game, with all photos taken by DC-area photographer Jennifer Schadoff. After clicking on the first photo to enlarge the picture, make sure to press the left and right arrow buttons to scroll through the rest of the pictures. There are 23 pictures in total.