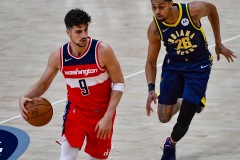 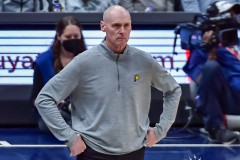 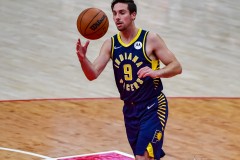 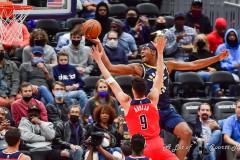 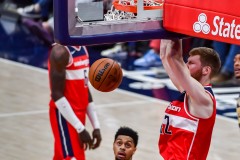 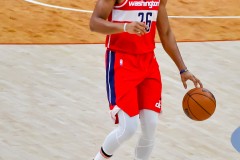 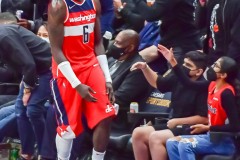 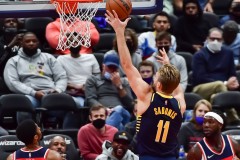 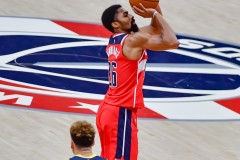 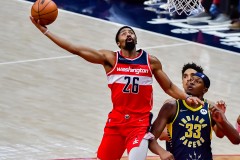 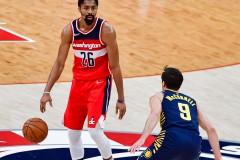 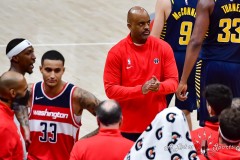 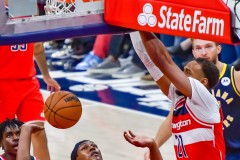 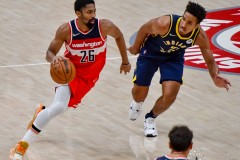 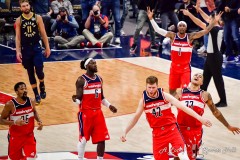 WASHINGTON — On the biggest play of the night for the Washington Wizards, no one in the arena would have blamed point guard Spencer Dinwiddie for finishing off the heroics he started minutes earlier with an aggressive drive to the basket or a step-back dagger of a three.

Dinwiddie decided to share the wealth on the pivotal play, and teammate Davis Bertans capitalized in a big way to give the Wizards a sterling start to the new season.

Bertans’ straight-away three-pointer with 35 seconds left in overtime – set up by a pass from Dinwiddie after a drive to the basket – gave Washington the lead for good and capped off a thrilling 135-134 victory over the Indiana Pacers at Capital One Arena in the Wizards’ home opener. The game was sent into overtime only after Dinwiddie splashed home a three late in regulation to help Washington come back from a five-point deficit with just two minutes on the clock.

Dinwiddie finished 34 points, nine assists and six rebounds while Kyle Kuzma has 26 for the Wizards who, after their win on Wednesday in Toronto, start a season 2-0 for the first time since 2017.

Indiana appeared to take control of the game late in the fourth with a 15-2 run that turned an eight-point deficit into a 123-117 lead with 1:55 left, with the run capped off by a straightaway three from rookie Chris Duarte. Dinwiddie, who scored on a layup before Duarte’s three, then made back-to-back triples, including the game-tying three over Duarte with 34 seconds left in regulation to tie the game.

Dinwiddie had a chance to win the game in overtime after a steal on Indiana’s next possession, but he missed a three at the buzzer that sent the game into overtime.

Myles Turner scored a carer-high 40 points for the Pacers, including hitting five of his nine three-point attempts. Malcolm Brodgon and Domantas Sabonis each had 28 points, and it was the former who propelled the Pacers back from a 10-point deficit to begin the fourth, scoring eight of the 15 points in that late run in giving Indiana the five-point lead that it was not able to hold on to late in regulation.

Both of the Pacers’ losses this season have come by one point after their season-opening loss, 123-122, in Charlotte to the Hornets.

*Editor’s note: Above the byline is the photo gallery from Friday evening’s game, with all photos taken by DC-area photographer Yusuf Abdullah. After clicking on the first photo to enlarge the picture, make sure to press the left and right arrow buttons to scroll through the rest of the pictures. There are five pictures in total.