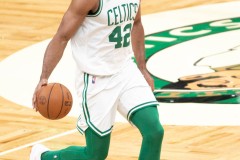 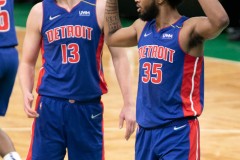 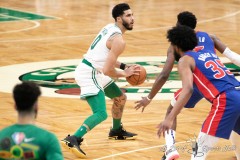 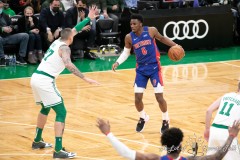 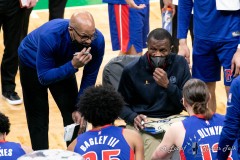 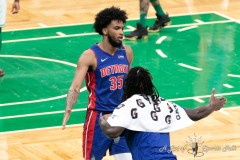 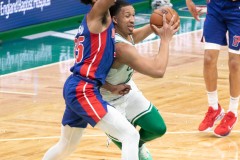 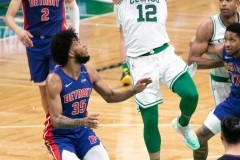 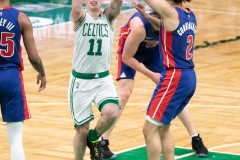 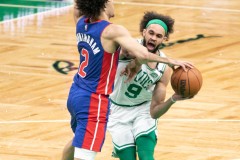 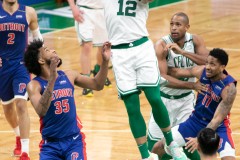 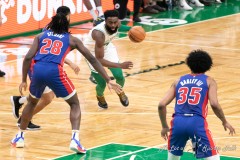 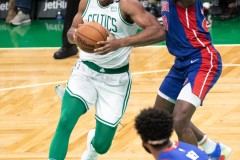 BOSTON — All the Boston Celtics have done during the month of February was give beating after beating to the rest of the league, but the Detroit Pistons made sure they were on the receiving end of, arguably, the biggest upset of the NBA season right before the All-Star Break.

Jerami Grant scored 11 of his 24 points in the fourth quarter, including a game-winning jumper with 19.1 seconds left, as the Pistons snapped the Celtics’ nine-game winning streak with a 112-111 victory at TD Garden on Wednesday night. Cade Cunningham and Saddiq Bey each scored 20 points as Detroit won just its fifth road game of the season in its 30th game away from home.

After Grant’s off-balance free-throw line jumper gave the Pistons the lead for good, Jayson Tatum hit the back rim on a shot from the top of the key at the buzzer, securing Detroit’s first win since Jan. 30.

“I’m proud of the way we competed. I loved the togetherness we had,” Pistons head coach Dwane Casey said. “We were connected. Guys put their words into action. A lot of time, we all talk about stuff but there’s no action. So they really came through.”

Detroit’s losing streak looked to be extending to nine games when the Celtics took a 106-98 lead after a Tatum dunk with 4:25 remaining. The Pistons responded with a 10-2 run, with Grant scoring the first five points of the run with a layup and a three-pointer that cut the Celtics’ lead to 106-103.

After a Tatum layup, Detroit scored five straight — on a Bey three-pointer and Cunningham layup — to tie the game at 108 with 2:17 remaining.

Grant’s game-winning jumper was followed by an Isaiah Stewart block on a layup attempt by Jaylen Brown, and Detroit regained possession before turning the ball over on the inbounds and, eventually, setting up Tatum’s last-second attempt to win.

“Getting this win going into the break will give us a little confidence,” said Grant, who made all five of his field-goal attempts in the fourth quarter.

Brown scored a game-high 31 points, while Tatum scored 22 points — through he committed seven of Boston’s 15 turnovers. The Celtics came in to the game off a 135-87 victory in Philadelphia against the 76ers, which marked the first time in NBA history that a team won three consecutive road games by at least 30 points.

Boston’s average margin of victory during the nine-game winning run was 20.8 points, including wins by 30, 33, 35, and 48 points, and defeat to the 12-45 Pistons, after blowout wins against teams such as the Miami Heat (won by 30) and Sixers (won by 48) made the loss even more surprising.

“We knew not to be surprised,” Brown said. “I think Detroit played fantastic. I think we got their best shot tonight.”

*Editor’s note: Above the byline is the photo gallery from Wednesday evening’s game, with all photos taken by ALOST photographer Jenny Rohl. After clicking on the first photo to enlarge the picture, make sure to press the left and right arrow buttons to scroll through the rest of the pictures. There are 13 pictures in total.