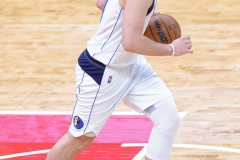 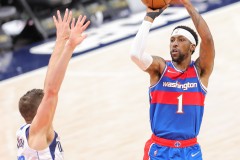 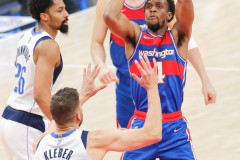 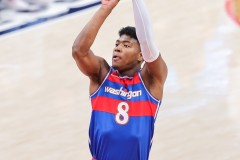 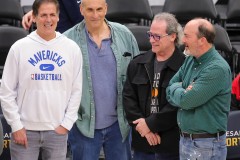 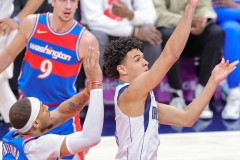 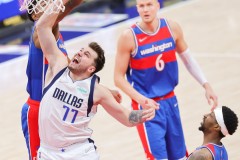 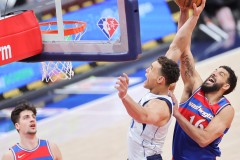 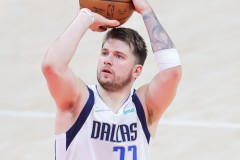 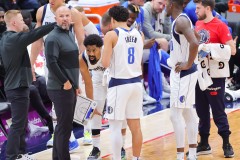 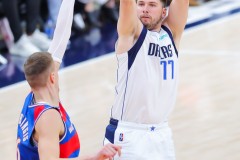 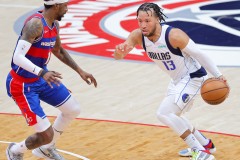 WASHINGTON — Washington Mystics center Kristaps Porzingis did not want to term his first game against his former club a revenge. Teammate Kentavious Caldwell-Pope made sure he treated the game as such on Porzingis’ behalf, and he responded with his best game of the season in one of the Wizards’ most impressive wins of the campaign.

Caldwell-Pope scored a season-high 35 points as the Wizards scored 41 points in the first quarter and did not look back in a 135-103 victory over the Dallas Mavericks at Capital One Arena on Friday night. In his first game against the Mavericks since they traded him just before the NBA trade deadline in February, Porzingis scored 24 points and grabbed nine rebounds.

Whatever motivation that Porzingis carried and internalized coming into the game, Caldwell-Pope made sure to bring all of those emotions out even before the opening tip.

“We called up the huddle and I told him, ‘KP, since they let you go, we’re going to beat them up for you,'” Caldwell-Pope said. “That was the first thing I said to him, and we did exactly that.”

ACaldwell-Pope set the tone as early as possible, scoring the game’s first five points as Washington never trailed afterward. Even without Kyle Kuzma, who missed his eighth straight game because of a knee injury, Washington wcorched its way to 54.4 percent shooting while making 17 three-pointers.

Luka Doncic led all scorers with 36 points to go along with seven rebounds and six assists, but his impact on the competitive nature of the game was minimal as the Mavericks tried to claw back from a deficit that reached as much as 26, 88-62, in the third quarter.

Mavericks head coach Jason Kidd was ejected from the game after two technical fouls with just under nine minutes left in the fourth quarter and Dallas down 105-85. The loss dropped the Mavericks a half-game behind the Golden State Warriors for third place int he Western Conference. (Dallas holds the tiebreaker with the Warriors due to sweeping the three-game set this season.)

*Editor’s note: Above the byline is the photo gallery from Friday evening’s game, with all photos taken by DC-area photographer Clifford Ray Williams. After clicking on the first photo to enlarge the picture, make sure to press the left and right arrow buttons to scroll through the rest of the pictures. There are 12 pictures in total.