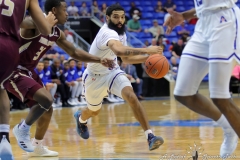 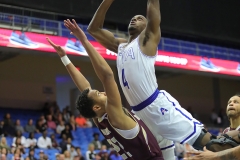 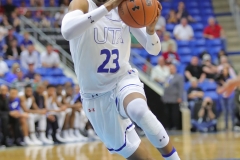 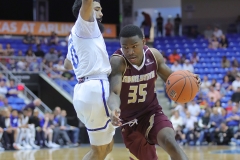 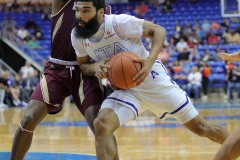 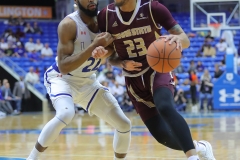 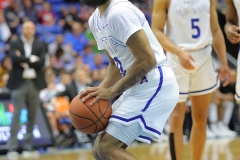 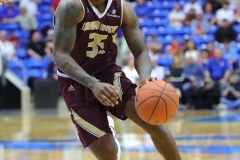 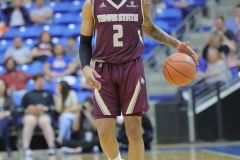 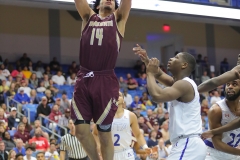 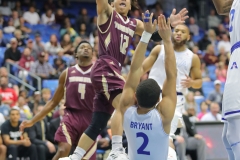 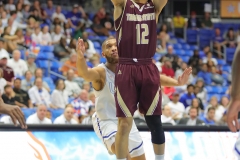 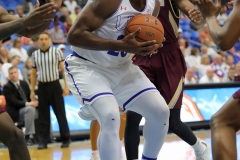 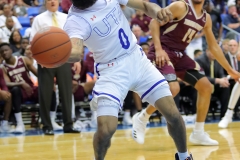 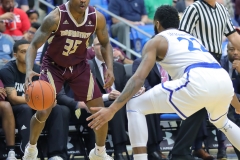 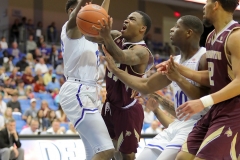 ARLINGTON, Texas — If the aphorism which states that “less is more” is indeed true, the the UT Arlington Mavericks men’s basketball team just put itself in a good position to win its first-ever Sun Belt Conference tournament championship with their effort against an in-state rival.

Brian Warren scored 24 points to once again pace the Mavericks to victory, an 81-73 defeat of Texas State in a game that was to decide which of the two teams would clinch one of the two double byes into the Sun Belt Tournament. Both UTA and Georgia State, winners on Saturday, will be the top two seeds in the tournament starting next week, only having to win two games to earn an NCAA Tournament automatic bid.

UT Arlington, which started this season 4-11 and 0-2 in league play after having to replace almost every significant contributor from last season’s squad, ends the regular season with wins in four straight and 12 of its last 16.

“I’m so proud of our guys for finishing strong and for leaving no doubt today,” said UT Arlington first-year head coach Chris Ogden. “We talked all year about wanting to be playing our best basketball in February and March, and we’re certainly doing that at the right time of the year heading into the conference tournament. We haven’t achieved our ultimate goal yet, but I’m proud of the resiliency our guys showed to battle through our non-conference schedule and then all during league play. All the credit goes to them.”

Going up against the top-ranked defense in the league in the Bobcats, UT Arlington shot 52 percent (26-or-50) in the game as it lead for almost the entirety of the game. The Mavericks shot 58 percent in the first 20 minutes and used a 15-4 run midway through the half to open up a 38-23 lead.

Warren, who scored seven points in the first half, scored the Mavericks’ first six points of the second half as UT Arlington maintained a double-digit lead for most of the second half by virtue of holding the Bobcats to just one made field goal over the first eight minutes of the half. Along with his 24 points, Warren also had four rebounds, four assists and three steals.

Four players scored in double figures for the Bobcats, who will be the No. 4 seed in the Sun Belt Tournament and will have to win three games to capture the tournament title. Nijal Pearson had 13 points while Mason Harrell came off the bench and also scored 13.

*Editor’s note: Above the byline is the photo gallery from Saturday’s game, with all photos taken by Dallas-area photographer Ross James. After clicking on the first photo to enlarge the picture, make sure to press the left and right arrow buttons to scroll through the rest of the pictures. There are nine pictures in total. 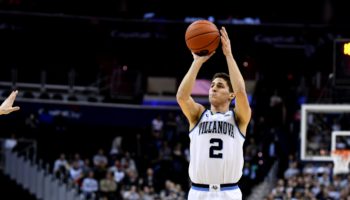