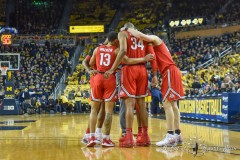 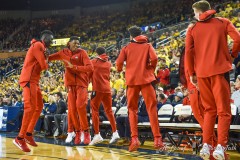 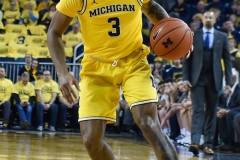 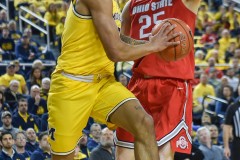 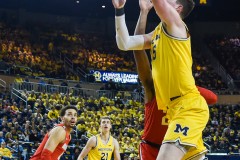 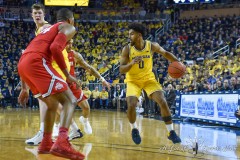 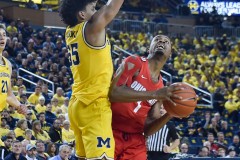 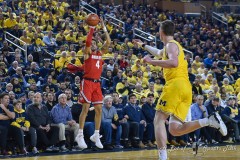 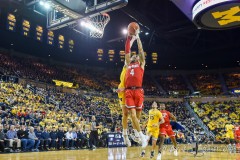 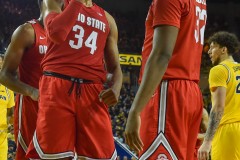 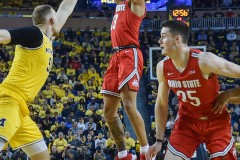 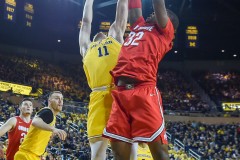 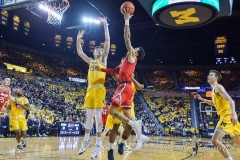 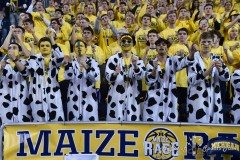 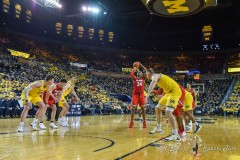 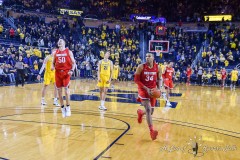 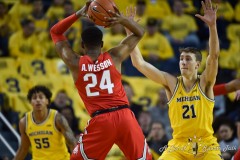 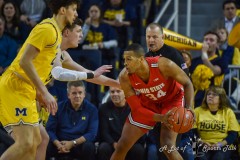 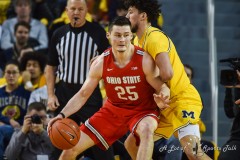 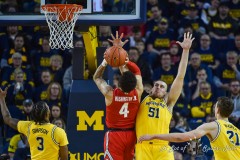 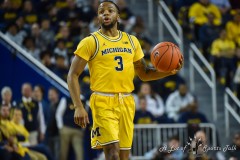 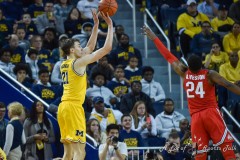 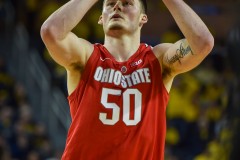 ANN ARBOR, Mich. — A number of Ohio State-Michigan sporting contests, no matter the sport, contained flash points that have been talked about in the years that passed, but tonight’s controversial finish might on the hardwood might end up taking the cake.

Kyle Young’s two free throws with 33 seconds remaining, awarded to him after a flagrant foul was called against Michigan on the same play in which Young committed a foul, proved to be the winning points in the Buckeyes’ 61-58 victory over the Wolverines at the Crisler Center on Tuesday evening.

Kaleb Wesson powered the Buckeyes with 23 points and 12 rebounds while Duane Washington Jr. chipped in with 17 points off the bench as Ohio State won its third straight game after a stretch in which it lost six out of seven.

*Editor’s note: Above the byline is the photo gallery from Tuesday evening’s game, with all photos taken by Detroit-area photographer Aaron J. Thornton. After clicking on the first photo to enlarge the picture, make sure to press the left and right arrow buttons to scroll through the rest of the pictures. There are 23 pictures in total. 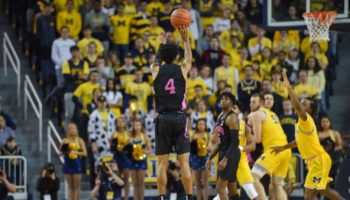 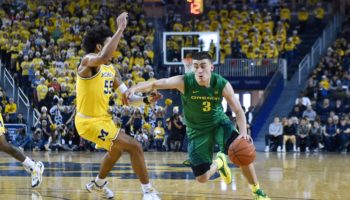 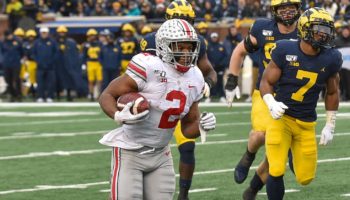