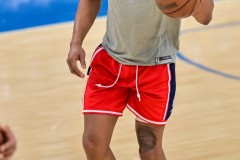 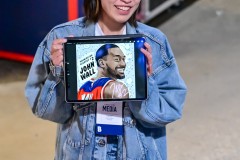 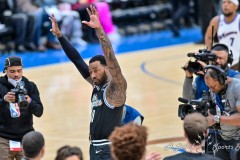 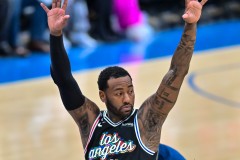 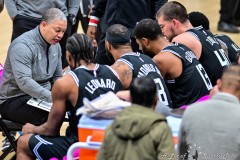 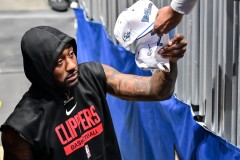 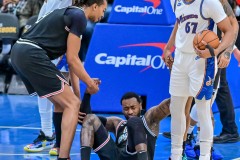 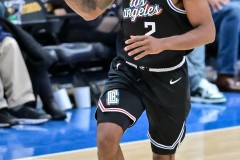 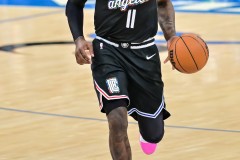 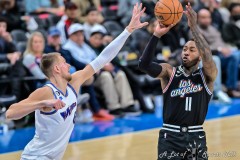 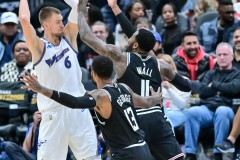 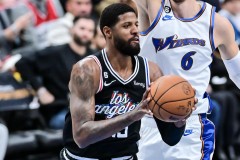 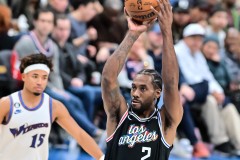 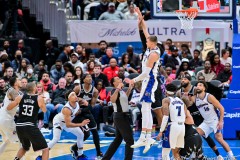 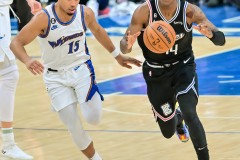 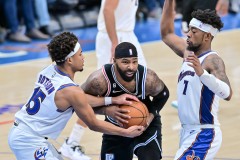 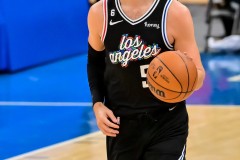 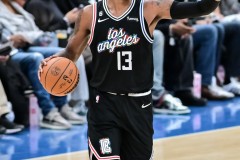 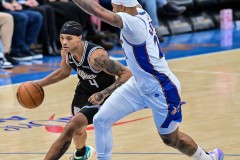 WASHINGTON — There is no mistake that John Wall is woven in the fabric of the history of the Washington Wizards as any other player in franchise history, with his five All-Star games and endless memorable drives and finishes at the basket making his popularity almost second to none amongst the team’s greats. He no longer wears the threads of the Wizards, but he was able to hear cheers reminiscent of his days of playing hero in the nation’s capital one more time upon his return to D.C.

OR, as he said after a steal and jumper in one sequence to cap off a Clippers’ run in the second quarter, “This is still my city!”

Wall, in his first start in a Clippers uniform and in his first game in front of fans at his former home, scored 13 points and received a hero’s welcome, part of Los Angeles’ 114-107 victory over the Wizards on Saturday. Paul George led all scorers with 36 points as the Clippers scored the final seven points of the game to snap a two-game losing streak.

The former No. 1 overall pick in the 2010 NBA Draft by the Wizards, Wall played nine seasons with the team and led the Wizards to the playoffs four times, leading them to the Eastern Conference semifinals on three occasions. His game winning, series-saving three-pointer in Game 6 of the conference semifinals against the Boston Celtics was undoubtedly the high point of Wall’s career with the Wizards, who came up just short in Boston in Game 7 as Wall and the Wizards fell short in leading the franchise to its first conference semifinals appearance since 1979. Wall missed the 2019-20 season before being traded to the Houston Rockets, and Wall’s return to Capital One Arena in 2021 was played in front of no spectators because of COVID-19. Wall did not play last season due to injury.

Reggie Jackson’s absence to injury allowed Clippers coach Tyronn Lue to start Wall on Saturday, and he received a warm ovation during the introduction of the starting lineups. Wall also acknowledged the crowd after a tribute video was played during a timeout in honor of him.

“This is something I’ve been waiting for for four years,” Wall said. “The first time I got traded, I came back with Houston, it was COVID so you couldn’t be here. Then last year I wasn’t playing. … I’m glad I got the opportunity to appreciate it and be here, and get the love that I think I deserved. I feel like I got my flowers.”

*Editor’s note: Above the byline is the photo gallery from Saturday evening’s game, with all photos taken by DC-area photographer Yusuf Abdullah. After clicking on the first photo to enlarge the picture, make sure to press the left and right arrow buttons to scroll through the rest of the pictures. There are 19 pictures in total.