COLLEGE PARK, MD – After a game that tested his team almost as much as any other in the past few seasons, UConn head coach Geno Auriemma looked more than just exhausted after another win against a Top 10 opponent. His collar on his white button-down shirt popped open and clutching onto a bottle of water, Auriemma showed in the postgame press conference what the rest of the Huskies players displayed before, during and after the game.

Toughness? Grit? A steely-eyed determination? Perhaps. More than likely so.

Was it a cold? Oh, absolutely.

Just a few days after a bug started to spread through the team, UConn systematically went about its business to make the fourth-ranked Terrapins sick to their stomach, not allowing Maryland to capitalize on whatever advantage they might have had with fitness tonight. The Huskies’ 87-81 win at the XFINITY Center in College Park might not have been a successful remedy to coughing or stomach issues, but it did extend Connecticut’s winning streak to 87 games, just three shy of the record it set between 2008 and 2011 of 90 consecutive triumphs.

If coaching under the weather was bad enough, the fact that the Huskies at one point let a 19-point third-quarter lead slip all the way down to five with just under five minutes left to play in regulation could have made Auriemma seasick. But, as his teams have done in the past, the 2016-17 edition found a way to tap into another reserve to seal another “W” in another high-profile contest.

Sophomore guard Katie Lou Samuelson was the player who might have made the most winning plays for the Huskies…and probably the player most affected by illness. So much was Samuelson struggling with a cold that she was seen throwing up into a trash can on the sidelines during the first half. In the second half, which only saw her play 10 of the 20 minutes, Samuelson lit up the Terps for 17 points, including a four-point play early in the third quarter to give the Huskies a 47-31 lead. The play took place in the latter stages of a 14-0 run to start the second half after UConn took a 36-31 lead into intermission.

Samuelson ended with a game-high 23 points in 29 minutes.

Auriemma said after the game that he would not have been surprised if Samuelson was made unavailable to play tonight, but marveled in her play that helped the Huskies defeat Maryland for a sixth time in six all-time meetings.

“I don’t know how she did what she did out there,” Auriemma said.

The Terrapins, playing in front of the biggest home crowd in the history of the Big Ten Conference (17,950 paid attendance), was able to use the red-and-white clad and towel-waving fans to make a surge, starting the fourth quarter on an 8-0 run to cut their deficit to 68-61. After a Samuelson three built the lead back to 10, Maryland went on to never trail by double digits for the rest of the game, cutting their deficit to as little as five (73-68) on a Destiny Slocum three with 4:39 remaining.

Even though Connecticut might have been the team more likely to wear down physically due to the collective bout of sickness, Maryland also experienced the feeling of not having its sea legs under it late.

When asked why her team didn’t have enough to complete the comeback in the fourth quarter, Maryland head coach Brenda Frese answered: “I thought fatigue. I thought when we came out in the third quarter and you spot UConn 19 points, then you got to fight and scratch and claw. Most teams would have quit. It tells you about our team and they’re so competitive and there’s no quit in this team. But we can’t spot a team like UConn 19 points.”

Without the likes of Breanna Stewart, Morgan Tuck and Moriah Jefferson, lynchpins for the Huskies in their current run of four consecutive national titles, a relatively new cast has excelled in playing different roles to keep another historic streak alive. All that, while continuing the streak this season by beating the likes of Top 20 teams Florida State, Baylor, Texas, Notre Dame and Ohio State, and now adding another top-notch victory tonight.

Sick. In a good way, of course. 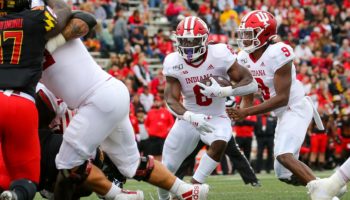 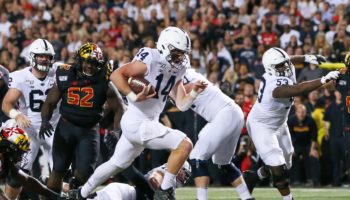 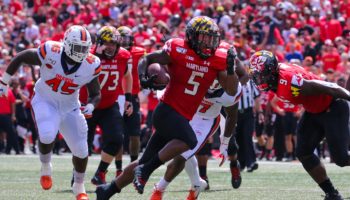 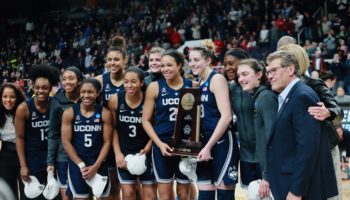