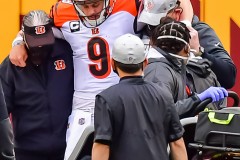 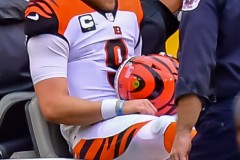 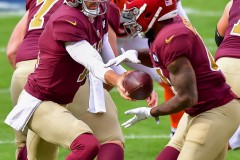 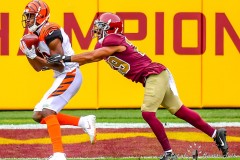 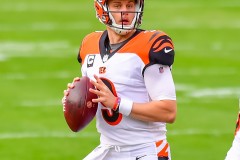 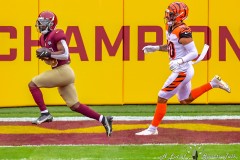 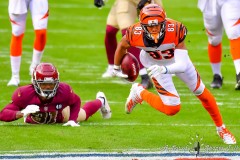 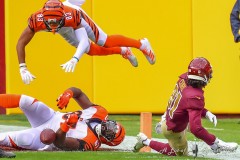 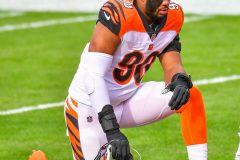 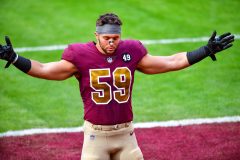 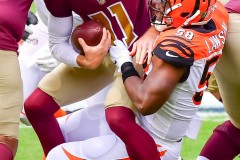 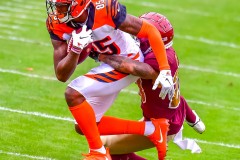 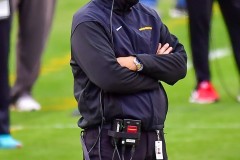 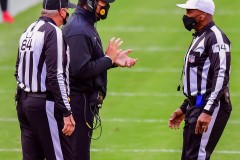 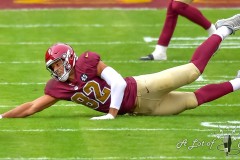 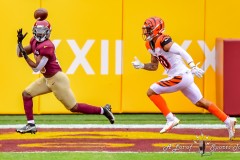 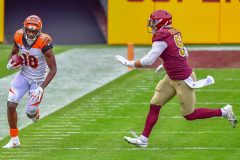 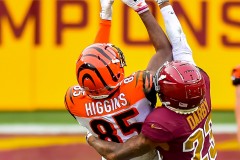 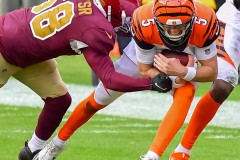 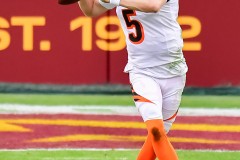 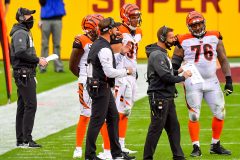 WASHINGTON — On that fateful day two years ago in which Washington Football Team quarterback Alex Smith suffered the leg injury that almost cost him his life, let alone his career, the team went into that contest with realistic designs of being division winners. Smith’s comeback to the field and Washington’s bid to top the NFC East have seemed like pipe dreams since, but the realization of the former now has led way to a possible run to the top of the division heap before the end of 2020.

Smith threw a touchdown pass as part of leading his team to three consecutive scoring drives in the second half in Washington’s 20-9 defeat of the Cincinnati Bengals on Sunday as Smith’s quarterback counterpart, 2020 No. 1 overall pick Joe Burrow, was carted off the field with an apparent season-ending knee injury suffered in the third quarter.

The win, coupled with a Philadelphia loss in Cleveland in the afternoon and Dallas winning in Minnesota late, gives each team in the NFC East three victories on the year, with Washington, the Cowboys and the idle New York Giants all just a half-game back of the first place Eagles.

Smith also recorded his first victory as a starter since Nov. 11, 2018 in Tampa, one week before suffering his injury against Houston. Prior to the injury, Smith led Washington to a 6-3 record in the first nine games of that season. Since the game and that injury, however, Washington had gone 6-26 before today while starting six different quarterbacks in that span.

Washington took control of the game in the second half soon after Burrow’s injury, suffered when two Washington defensive linemen hit Burrow both high and low as he released a pass and his leg bent backwards. Down on the ground for a number of minutes, Burrow was helped onto a cart and was surrounded by a number of his teammates and a few members of Washington’s team, including former college teammates Chase Young and Terry McLaurin. (Young, McLaurin and Burrow were all teammates at Ohio State before Burrow’s transfer to LSU.)

On Washington’s second drive of the half, running back Antonio Gibson ripped off runs of 19 and 16 yards, with those plays sandwiching a 14-yard completion from Smith to McLaurin. Smith capped off the drive with a 3-yard touchdown pass to Steven Sims Jr. to give Washington the lead for good at 14-9 with 8:58 remaining in the third quarter.

Dustin Hopkins added field goals of 32 and 50 yards to cap Washington’s subsequent two drives, the latter coming with 9:44 remaining in the game to give Washington its final margin of victory.

On defense, Washington harassed Burrow’s replacement, second-year pro Ryan Finley, by sacking him three times and coming up with a game-sealing interception (by Fabian Moreau) on Cincinnati’s final drive of the game. The Bengals gained a total of 21 yards in the second half, with their seven possessions during the game’s final 30 minutes resulting in five consecutive punts, then a turnover on downs and, finally, Moreau’s interception.

Cincinnati was humming on offense to start the game, gaining 75, 69, 53 and 41 yards on its first four possessions, but mistakes at the end of the first two yielded no points and set up Washington to take an early lead. After Randy Bullock’s 34-yard field goal hit the right upright to end the Bengals’ first drive, Washington marched 76 yards on eight plays as Antonio Gibson scored on a run from a yard out to give Washington a 7-0 lead late in the first quarter.

On the Bengals’ next drive, Burrow led the team down to the 2-yard line before attempting to run the ball in on a scramble on fourth-and-goal. In between Burrow and the end zone, however, was Young — the man who went No. 2 in the NFL Draft, immediately behind Burrow — and the rookie defensive end rocked his former college teammate with a jarring hit just shy of the goal line that forced a fumble that Ronald Darby recovered in the end zone for a touchback.

The Bengals did score on their next two drives, however, including a 5-yard touchdown pass from Burrow to A.J. Green midway through the second to cut Washington’s lead to 7-6 after the extra point was missed. Bullock atoned for his earlier mishaps with a 53-yard field goal to give Cincinnati a 9-7 lead, and a Jessie Bates III interception off a tipped pass thrown by Smith gave Cincinnati to add to their lead right before the intermission. Bullock, however, saw another kick hit off the right upright, this time from 57 yards right before halftime.

Despite the ridicule that the NFC East has received throughout season, Washington’s Thanksgiving game in Arlington against the Cowboys will see the winner gain a share of first place in the division at the end of the evening and going into the final full month of the season.

*Editor’s note: Above the byline is the photo gallery from Sunday’s game, with all photos taken by DC-area photographer Yusuf Abdullah. After clicking on the first photo to enlarge the picture, make sure to press the left and right arrow buttons to scroll through the rest of the pictures. There are 21 pictures in total. Along with hoping that you enjoy the pictures, we are encouraging those of you who are serious about educating oneself and making a tangible difference in the fight against social injustice — but struggling to find a starting point — to click this link, an anti-racism resource guide for white people.