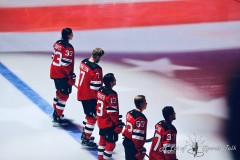 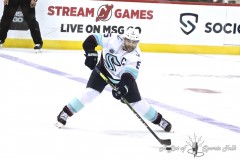 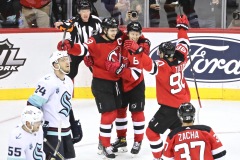 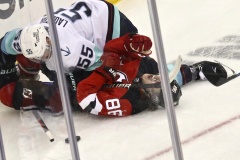 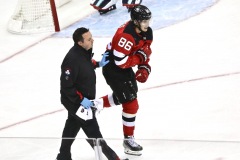 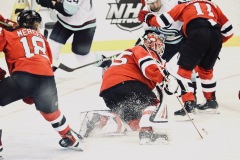 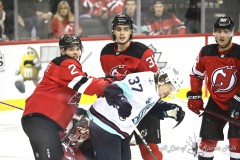 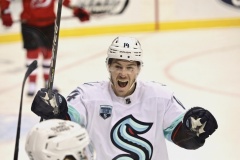 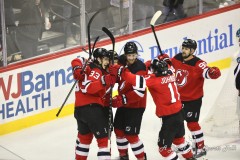 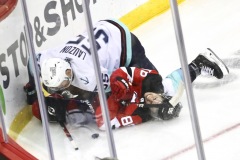 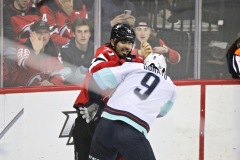 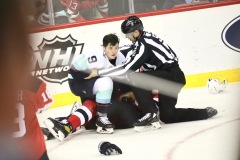 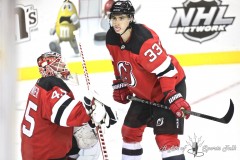 NEWARK, N.J. — The lasting memories New Jersey Devils 19-year-old forward Dawson Mercer had in his first National Hockey League game came while he was in the penalty box. On Tuesday night, Mercer made created more moments to add to his first week in the big time, including an unforgettable shot on goal that helped lead his team to another victory to start the new campaign.

Mercer scored his first NHL goal in the first period while another Devils newcomer, goalkeeper Jonathan Bernier, stopped 27 shots as New Jersey defeated the Seattle Kraken 4-2 at the Prudential Center for the team’s second victory in two games on the season. Ryan Graves, another New Jersey newcomer who came over from the Colorado Avalanche in the offseason, had an assist on the first two Devils goals.

The win was overshadowed a bit by the Devils young star Jack Hughes having to leave the game late in the first period with an apparent arm injury after being checked into the boards by Kraken defenseman Jeremy Lauzon. That incident caused a spate of fights during the second period as the Devils carried the emotion from Hughes’ departure to an emotional victory to maintain their perfect start.

Before the scrappiness, there was sumptuousness from the Devils to the begin the game, scoring two early first-period goals in a span of 100 seconds. Mercer, whose high-sticking double minor helped the Chicago Blackhawks come back from a two-goal deficit to force overtime on Friday, finished off a 2-on-1 as he expertly fired home asaucer pass from teammate Tomas Tatar past Kraken goalkeeper Joey Daccord 5:02 into the period for a 1-0 lead. Defenseman Damon Severson, who missed the season opener through injury, tallied soon after the double New Jersey’s advantage.

Riley Sheahan’s goal, assisted by former Devil Adam Larsson, cut New Jersey’s lead in half at 10:05 of the second period, but New Jersey answered with a Jimmy Vesey goal at 14:48 to reestablish the two-goal cushion.

As was the case on Friday, New Jersey committed a penalty that allowed the visitors a lifeline back into the game, with Pavel Zacha’s slashing penalty and Severson’s tripping infraction allowing Seattle a 5-on-3 advantage for 1:52. Jared McCann’s shot from the high left circle beat Devils goalkeeper Jonathan Bernier at 14:41 to bring Seattle within 3-2, but then Zacha atoned for his mistake with the empty-net tally that sealed the win for the Devils with just 20 seconds remaining.

*Editor’s note: Above the byline is the photo gallery from Tuesday’s game, with all photos taken by ALOST photographer Chris Simon. After clicking on the first photo to enlarge the picture, make sure to press the left and right arrow buttons to scroll through the rest of the pictures. There are 13 pictures in total.