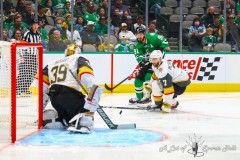 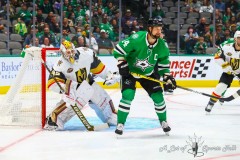 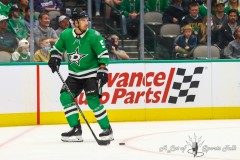 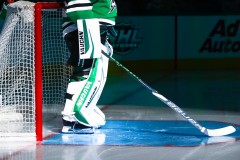 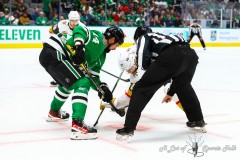 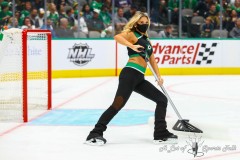 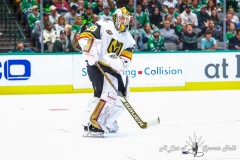 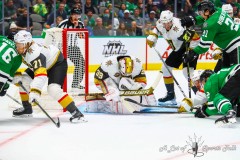 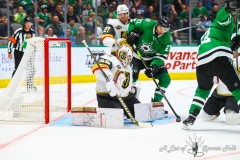 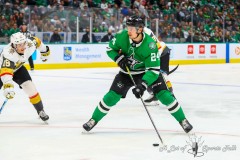 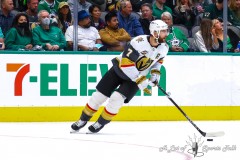 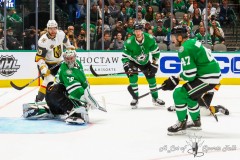 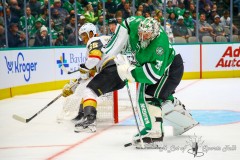 DALLAS — Just 62 seconds separated the Vegas Golden Knights from squandering any sort of momentum they might have gathered from their statement victory against the Stanley Cup favorites, but a rocket shot from Jonathan Marchessault and an outstretched leg from goaltender Laurent Brossoit gave Vegas an improbable away victory — and a possible jump start to their season.

Marchessault’s game-tying one-timer with 1:02 remaining in regulation forced overtime, and Evgeni Dadonov’s winner 1:59 into the extra session gave the Golden Knights a dramatic 3-2 victory over the Dallas Stars at American Airlines Center on Wednesday evening. Brossoit made 32 saves for the Golden Knights, including robbing Luke Glendening’s effort from close range with his right pad seconds after Marchessault’s goal and seconds before the end of regulation time.

After a 1-4 start to the season, including losing three consecutive home contests at the normally reliable T-Mobile Arena, Vegas went into Colorado and disposed of the Colorado Avalanche, 3-1, before coming through in the final moments of another tough road contest. Though only managing 20 shots on goal in regulation and being outshot 33-20 in the game’s first 60 minutes, the 20th shot found the net, with Marchessault one-timing a centering pass from defenseman Shea Theodore and beating Stars keeper Anton Khudobin as Vegas played with the extra attacker on the ice.

As it turned out., both of Vegas’ final two shots went past Khudobin, as Dadonov picked up a loose puck near the front of the crease after a scramble behind the net before spinning around and firing a wrist shot past Khudobin’s blocker to give Vegas its second consecutive win.

Before Dadonov’s heroics, Brossoit made sure to keep the game even going into overtime after he made a sprawling leg save of a shot in the shot by Glendenning in the closing seconds of regulation as Dallas immediately responded to Marchessault’s goal with a couple of rushes into the Golden Knights zone.

*Editor’s note: Above the byline is the photo gallery from Wednesday night’s game, with all photos taken by Dallas-area photographer Ross James. After clicking on the first photo to enlarge the picture, make sure to press the left and right arrow buttons to scroll through the rest of the pictures. There are 13 pictures in total.