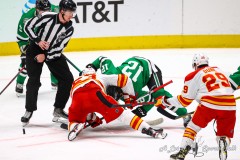 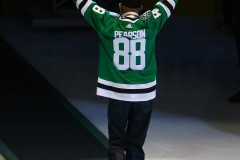 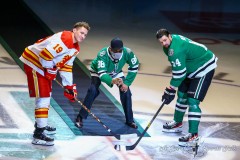 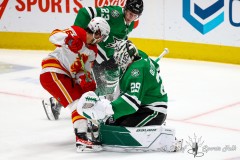 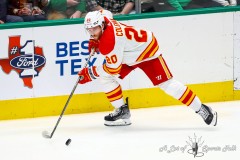 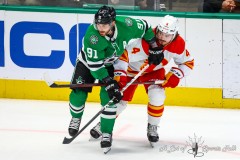 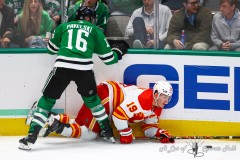 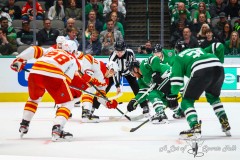 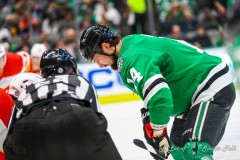 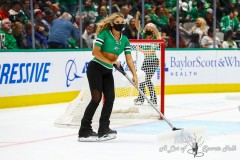 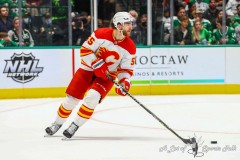 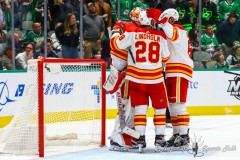 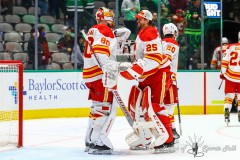 DALLAS — A third-period lapse surely will have the Dallas Stars rueing about the last five minutes of their contest on Tuesday for the next eight days.

Oliver Kylington’s goal with 2:47 remaining capped a three-goal third period for the Calgary Flames in their stunning 4-3 victory over the Dallas Stars at American Airlines Center. Andrew Mangiapane and Johnny Gaudreau also scored in the third period as Calgary scored the final three goals of the game in the last 5:24 of regulation to win their second straight and fourth in five going into the All-Star Break.

The win also allowed the Flames to go two points ahead of Dallas for the final Wild Card spot in the Western Conference going into the break. The teams will have one more meeting, in Calgary on April 21, that could be massive in terms of possible playoff tiebreakers.

Dallas’ final three games could not have been more rollercoaster, as they came into tonight after a 6-1 drubbing of the Boston Bruins that seemed to erase a 5-0 whitewash at the hands of the Washington Capitals two days prior to the Boston victory.

“It wasn’t just the last six minutes, it started a lot earlier than that,” Dallas Stars head coach Rick Bowness said. “I thought we were lucky to be up 3-1. It just carried over the entire third period, everything we did so well against Boston in terms of managing the puck and getting above and crowding them, we did the exact opposite tonight. We let them come at us in waves. We kept turning the puck over at the wrong time so we beat ourselves tonight.”

*Editor’s note: Above the byline is the photo gallery from Tuesday night’s game, with all photos taken by Dallas-area photographer Ross James. After clicking on the first photo to enlarge the picture, make sure to press the left and right arrow buttons to scroll through the rest of the pictures. There are 13 pictures in total.