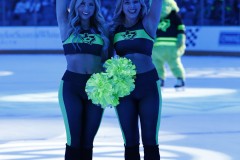 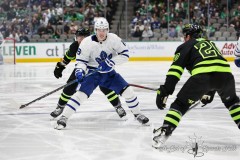 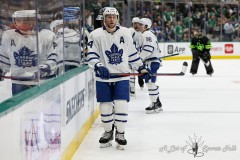 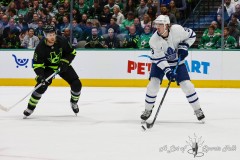 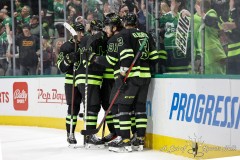 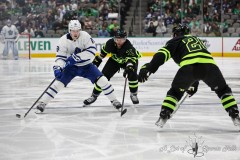 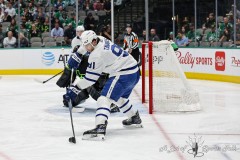 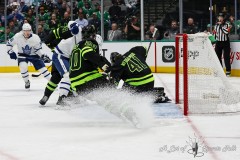 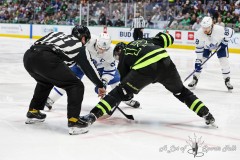 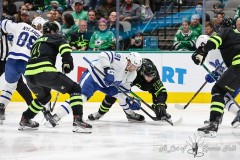 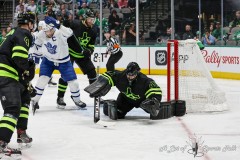 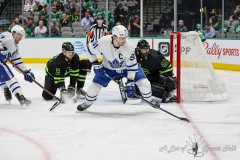 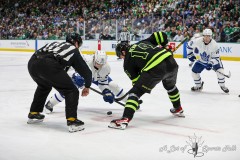 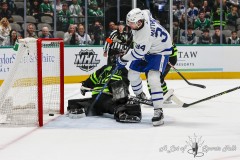 DALLAS — Anyone with any hockey sense knew that Toronto Maple Leafs star Auston Matthews was special from the first time he put on a Toronto Maple Leafs uniform in a meaningful game, even before he scored four goals in that first game of his rookie season. On Thursday, the wunderkind set more Maple Leafs and NHL history as the Maple Leafs turned a squandered late lead into a dramatic victory.

Matthews goal at 2:10 of overtime, his 56th goal of the season, set the record for most goals in a single season by a US-born player while lifting Toronto to a 4-3 victory over the Dallas Stars at American Airlines Center. William Nylander and Morgan Rielly also scored for the Maple Leafs, with Nylander setting up Matthews’ game-winner in the overtime.

“This is Auston [Matthews]’s night tonight,” Maple Leafs head coach Sheldon Keefe said. “It’s much deserved and to finish it with an exclamation point. I think you write it like that. It’s pretty good.”

Coming into the evening tied for the franchise single-season record with Maple Leafs great Rick Vaive on 54 goals, Matthews was firing from the opening face-off, leading all players on the ice with 12 shots on goal. His team-related record-breaker came on the power play right before the end of the second period, as he one-timed a Mark Giordano pass from the left circle past Stars goalkeeper Scott Wedgewood for as 2-1 Toronto lead with 1:02 remaining in the frame.

Instead of his powerful shot, Matthews used his overwhelming speed to end the game, almost going from coast-to-coast on a solo effort, zooming past the Stars trio on the ice before barreling down on Wedgewood and beating him on the forehand to give the Maple Leafs the extra point.

The goal also put Matthews alone atop the list of US-born goal scorers in a single season, formerly held by Jimmy Carson and Kevin Stevens who had 55 each. Brett Hull, who represented the United States internationally and scored 70 goals in three consecutive seasons in the early 1990s, was born in Ontario.

*Editor’s note: Above the byline is the photo gallery from Tuesday evening’s game, with all photos taken by Dallas-area photographer Ross James. After clicking on the first photo to enlarge the picture, make sure to press the left and right arrow buttons to scroll through the rest of the pictures. There are 14 pictures in total.