The 2013 Open Championship starts tomorrow at the golf club at legendary Muirfield, and many golfers who have played on the links course will say that it’s amongst the fairest of the golf courses in the Open Championship rotation. But that doesn’t mean the course doesn’t come with some major pitfalls awaiting golfers who go wayward with their shots. It wouldn’t be a British Open without being fraught with perils at every turn, now would it?

A Lot Of Sports Talk spoke directly with Mike Woodcock, public relations manager at The R&A (Royal and Ancient), the governing body that organizes the Open Championship, and he told us some of the key holes to watch when tuning into this year’s tournament.  (Click on thumbnails to enlarge images.) 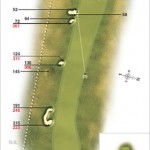 The 1st is generally regarded as one of the toughest opening holes on The Open rota., and what makes it such is that it’s a tough driving hole. A dogleg to the right, many of the golfers will try to cut across the dogleg around the corner. Doing so unsuccessfully will bring the rough into play on the right –the rough is fairly severe at Muirfield – but on the left is also a whole series of bunkers. You don’t get a huge amount of room on either side to place your tee shot. 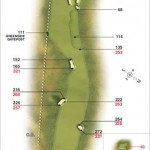 A new tee has been built on the ninth, extending the hole by 46 yards with this Open in mind. The fairway is guarded by an out-of-bounds wall on the left – which will come in much more into play with the extended yardage of this hole – and bunkers on the right. 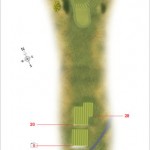 The 13th is a testing par three with a narrow green surrounded by bunkers. The hole is elevated and it is quite heavily sloping in concert at the front of the green. Any approach shot that’s left short, and you’ll see your ball rolling back to you and away from the pin. The narrow green (no more than 15 paces wide at any point) is a difficult target to aim at, and any kind of wind can make it a real test for the golfer to get close to it on the approach. The bunkers on each side of the green are very deep pot bunkers. If you find one of those, you’re in trouble. 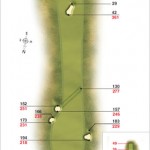 The 18th is a tough par four to finish and the green is protected by a number of traps, including the famous island bunker. It’s even tougher now than in 2002 since an extra 20 yards of distance has been added. The fairway is well-guarded on both sides with bunkers. As you get to the green, there are two bunkers just short of it and to the left-hand side, and the island green cutting to the right of it. Like the 13th, the front portion of the green is quite sloping towards the golfer on the approach. Therefore, you have to fly it all the way in and get your distance control right. There is a fair amount of space behind the pin if you go long. But if you do go long on your approach to the green, you’ll have a difficult chip back onto the green, with the slope now running away from you.

**Graphics courtesy of Strokesaver.  You can also go to The Open Championship Course Guide Page for detailed images and a brief breakdown on every hole at Muirfield. Also find Michael A. Riley’s preview of this year’s Open Championship.