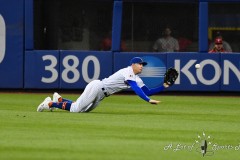 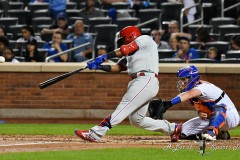 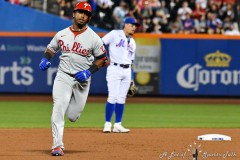 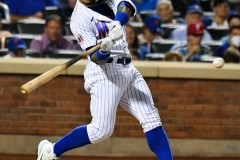 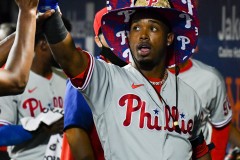 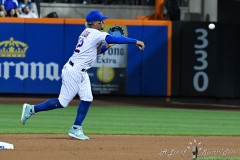 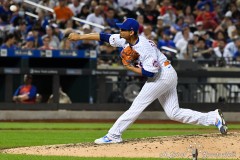 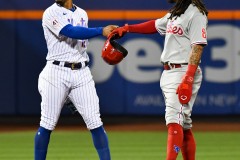 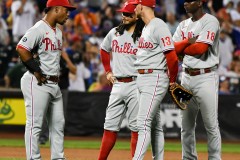 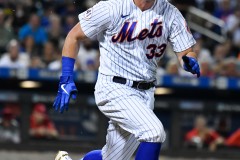 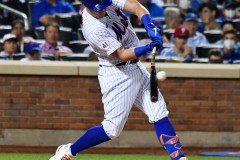 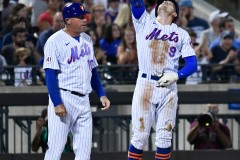 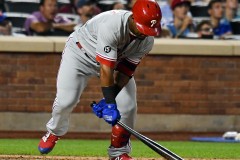 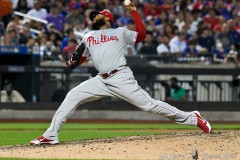 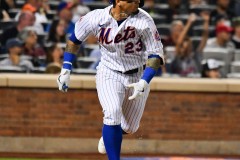 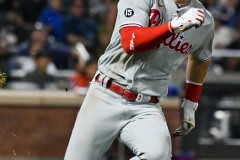 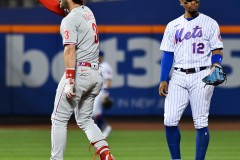 NEW YORK — Not that the New York Mets needed any reminder, but the presence of Philadelphia Phillies second baseman Jean Segura in front of Bryce Harper only makes the former a more dangerous hitter, allowing him to see better offerings before one of the leading candidates for the 2021 National League MVP Award comes up to the plate. The two were a destructive force on Saturday night, allowing the Phillies to move one step closer to the top of the NL East.

Segura hit two home runs, coming in his first two at-bats of the game, while Harper laced a two-RBI double in the seventh to give Philadelphia some breathing room as the Phillies defeated the Mets 5-3 to take the first two games of the three-game set at Citi Field. Both Segura and Harper had two hits to support Phillies ace Aaron Nola, who went 5.2 innings and gave up just one run in evening his record to 8-8.

Atlanta’s shutout loss later in the evening against the San Francisco Giants now leaves the Phillies just one game out of first place in the division with 16 games remaining.

Philadelphia got off to a quick start, which has been a theme for opponents against New York Mets starter Carlos Carrasco, who came into tonight with a first-inning ERA of 15.00. Segura, batting second, wasted no time in his first appearance against Carrasco, lifting a first-pitch fastball into the left field bleachers for the first run of the game. In his second at-bat in the third inning, Segura went down in the count 0-2 before turning on a slider and launching another solo home run to double the Phillies’ lead.

“I see the ball really good when I play those guys,” Segura said. “I think it’s all about mentality. Go out there and try to do my best, and try to win a baseball game.”

Later in the game, Segura was not able to add to the Mets’ misery, when he flew out right with runners on first and second in the seventh and Philadelphia holding onto a 3-1 lead. On the ensuing at-bat, Harper had Segura’s back, lacing a double down the right field line off Trevor May to score both Freddy Galvis and Odúbel Herrera for a 5-1 advantage.

Nola, who tied Tom Seaver’s major league record of striking out 10 consecutive hitters the last time he pitched at Citi Field in late June, struck out nine batters and left in the sixth after allowing a triple to Brandon Nimmo, an RBI groundout to Francisco Lindor and a walk to Pete Alonso. José Alvarado came in and struck out Michael Conforto to end the inning.

New York has now lost five straight and seven of their last eight games, staying 5.5 games out of first place in the NL East but falling to seven games out behind St. Louis for the second NL Wild Card spot.

*Editor’s note: Above the byline is the photo gallery from Saturday evening’s contest, with photos taken by ALOST photographer Danny Suriel. After clicking on the first photo to enlarge the picture, make sure to press the left and right arrow buttons to scroll through the rest of the pictures. There are 17 pictures in total.