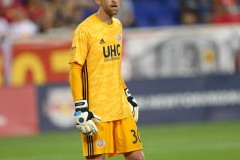 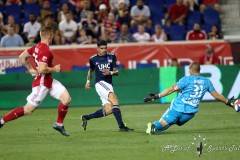 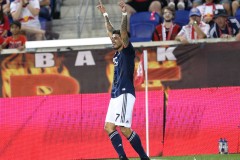 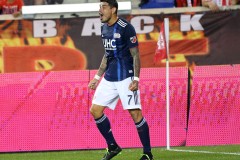 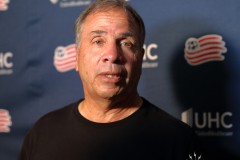 HARRISON, N.J. — One only needed to watch the full 90 minutes of New England’s game on Saturday night against one of its longtime rivals to act as the microcosmic indicator of the type of season the Revolution have had in trying to return to playoff relevance in 2019.

While their first-half performance barely could have gotten any worse than what it was, the Revs kicked it in high gear in the second half, and newly-acquired forward Gustavo Bou’s strike in the 65th minute salvaged a 1-1 draw with the New York Red Bulls at Red Bull Arena.

In coming back to rescue a point from a trailing position for a second consecutive game, New England has now earned a result in 12 of the 13 league games it has played since former U.S. Men’s National Team coach Bruce Arena took over as head coach on May 14.

“If you want to be a good team, even on a day where things aren’t going well for you, if you can compete and get a point out of the game, that’s invaluable,” Arena said after the game. “This was a big point for us today.”

*Editor’s note: Above the byline is the photo gallery from Saturday evening’s game, with all photos taken by A Lot of Sports Talk senior photographer Robert Cole. After clicking on the first photo to enlarge the picture, make sure to press the left and right arrow buttons to scroll through the rest of the pictures. There are 5 pictures in total.