MONTRÉAL — Though Daniil Medvedev fell one victory short of lifting the 2019 Coupe Rogers tournament trophy, his maiden appearance in a final of an ATP Masters 1000 event, there will be one post-tournament treat that the now top-ranked Russian tennis player in the world will thoroughly enjoy on his way to his next event in the U.S Open Series.

Sweets. Probably lots of them.

Medvedev’s powerful yet unorthodox game, from the technique on his always-flat backhand to switching up the position where he serves from given the tenor of a match he is playing in, spurred on the 23-year-old to wins against two top-10 players on the way to the final in Montréal, where he eventually lost 3-6, 0-6 to the imperious Rafael Nadal. After a sweet tournament result, this calls for, well, sweets, something the notoriously sweet-toothed Medvedev can barely turn down.

“Well, I love sugar,” Medvedev said to A Lot of Sports Talk when asked whether he will partake in any post-tournament confection consumption. “Probably tonight, I’m going to celebrate with a dessert. I don’t know. Tiramisu, panna cotta. I don’t care, just give me sugar.”

The craving for candies and the like had been a point of contention in Medvedev’s camp during his rise to the top of the sport, one that has seen the Muscovite go from No. 65 at the end of 2017 to winning four ATP tournaments in the past 20 months and now, after Sunday’s result, finding himself at a career-high No. 8. Before adopting a more disciplined diet, Medvedev routinely gobbled up sweets during a week of a tournament.

Hardly the breakfast of champions, of course.

“Skittles, teddy bears, gummy bears. They’re really not good for health and for muscles, but I love them,” Medvedev said in a recent interview with the official ATP Tour website.

It is said, at times, that to really love something is to let that very thing go, and that’s what Medvedev has done, choosing to withhold from junk food until the end of a tournament. Over the past year, “sweet” has been used much more to describe his game than his eating habits, and last October saw him win his biggest title of his young career in Tokyo.

On his way to the title in Japan, Medvedev defeated Milos Raonic, Denis Shapovalov and hometown favorite Kei Nishikori, and his run to the final this week presented just as much of a gauntlet, if not harder; After only losing four games combined in dispatching world No. 4 Dominic Thiem in the quarterfinals, Medvedev took out fellow Russian and the ninth-ranked player in the world, Karen Khachanov, 6-1, 7-6.

“I think [Montréal] is one of two best tournaments I’ve played in my life,” Medvedev said after today’s final. “One was basically of course Tokyo, the only ATP 500 I won at this moment. Of course, to be in the final of a Masters 1000, I mean, it’s an amazing achievement for me at this moment.”

The bigger achievement this week might very well be the fact that he pulled off this magical run while abstaining from sugar all throughout the week. Facing Rafael Nadal and his immense talent and indomitable will is hard enough, but being sugar free might have been even harder than taking the court against the 18-time Grand Slam singles champion.

“It can be tough on me during the tournament. I mean, probably one small cake won’t change my result of today’s match or yesterday’s,” Medvedev said. “That’s what I’m trying to do. I’m trying to be professional. I’m trying not to do it.”

We all feel your pain, Daniil. 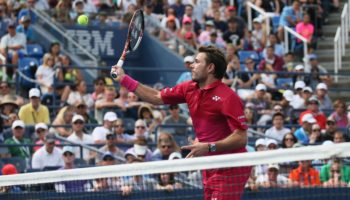 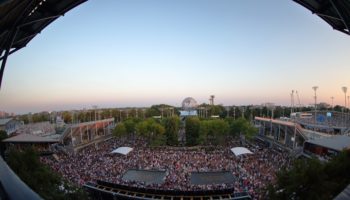 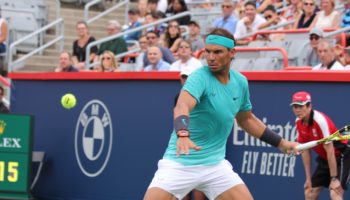 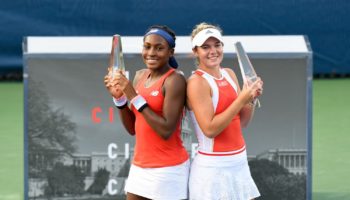