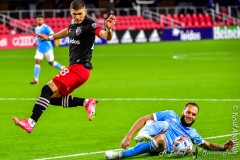 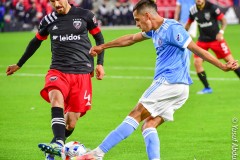 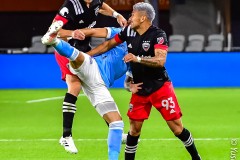 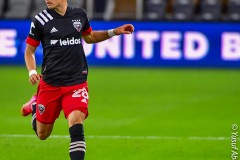 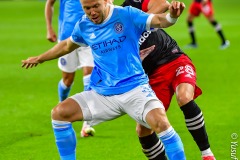 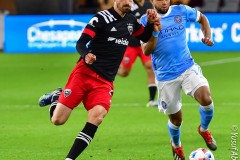 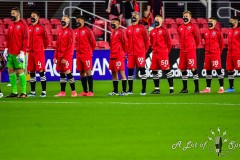 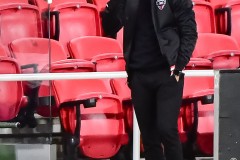 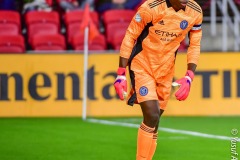 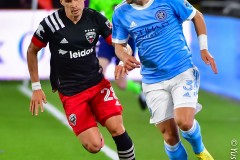 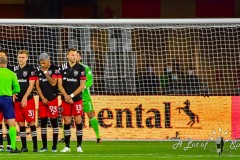 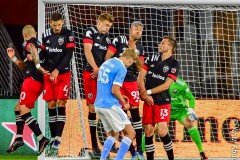 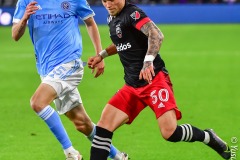 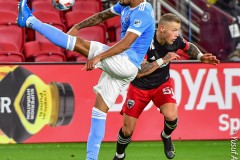 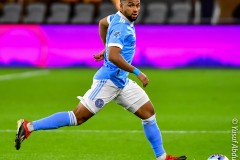 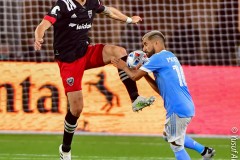 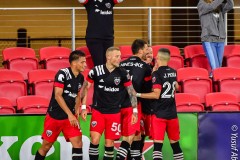 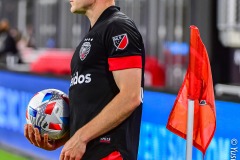 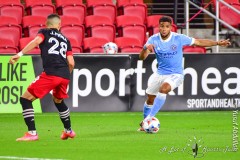 WASHINGTON — The new era in D.C. United football got off to an inauspicious beginning just 15 minutes into it, but turned around pretty quickly to mark a successful managerial debut.

Defender Brendon Hines-Ike and midfielder Russell Canouse scored goals late in the first half as D.C. United have new head coach Hernán Losada a victorious start to his coaching career in America with a 2-1 victory over New York City Football Club in the season opener for both teams at Audi Field on Saturday night.

In an offseason that saw a number of changes, D.C. United’s biggest came on the touchline, with Losada coming over from Belgian first division side Beerschot to the States to lead the club. Losada promised a different style from the club, opting to apply much more pressure on the ball upfield and risk possession for deadly counterattacking football. The early results were not so kind to Losada, especially after Valentin Castellanos beat Hines-Ike to a pass across the goal mouth from Anton Tinnerholm to score for New York City in the 15th minute and give the visitors the lead.

D.C.’s pressure tolled soon enough, with New York City being kept off balance as to where the pressure from United would come from. Eventually, the breakthrough for the home team came in the 39th minute when Hines-Ike, a central defender, found himself open to tee up a shot from 25 yards from goal and smashed a shot past goalkeeper Sean Johnson to level the match. .

Just about five minutes later, D.C. United scored the game winner on another stunning long-range effort. Off of a corner kick, Julian Gressel served the to the top of the penalty area in teeing up Canouse, whose swinging right-footed volley snuck into the bottom left corner of the net to give United the lead right before intermission.

New York City had a point-blank opportunity to tie the game in the 85th minute, but Castellanos’ right footed effort from inside the penalty area was stopped by United goalkeeper Chris Seitz, making just his eighth-career appearance for the Black and Red.

*Editor’s note: Above the byline is the photo gallery from Sunday evening’s game, with all the photos produced by DC-area photographer Yusuf Abdullah. After clicking on the first photo to enlarge the picture, make sure to press the left and right arrow buttons to scroll through the rest of the pictures. There are 19 pictures in total.