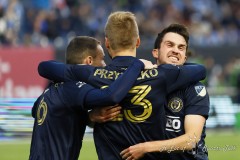 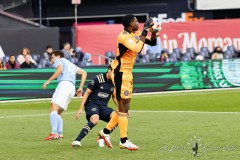 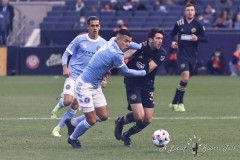 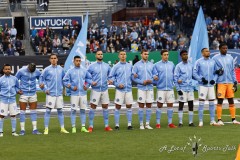 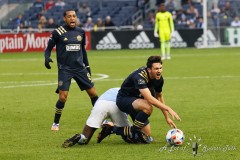 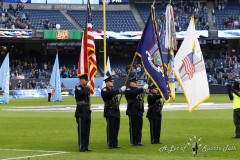 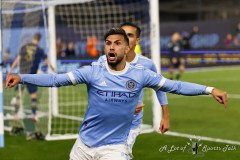 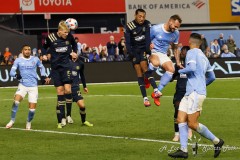 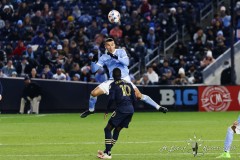 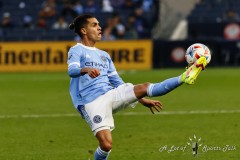 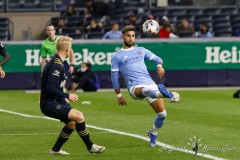 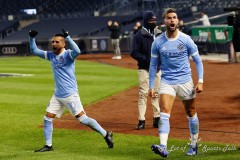 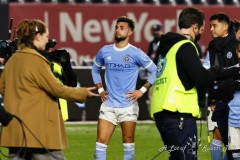 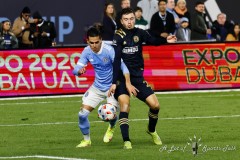 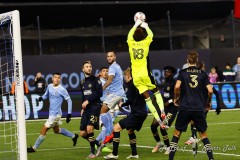 NEW YORK — After a season of having to alternate home venues, New York City FC, in their actual home, stared at the realization that it would no longer see any more action in front of their fans for the upcoming MLS Playoffs. Then a familiar face, who produced a familiar result, arrived just in time to secure at least one more contest in the 2021 season at the friendly confines of Yankee Stadium.

Valentin Castellanos scored a second-half goal to rescue a point in New York City FC’s 1-1 draw against the Philadelphia Union on the final day of Major League’s Soccer season. The point was enough to secure fourth place in the Eastern Conference and a first-round home playoff game, as the top four teams in each conference will play their first-round games at home. (The top overall seeds get a first-round bye.)

New York, which came into the game two points ahead of Atlanta and Orlando and needed just a point to secure a home playoff game, saw the road toward that point complicated when midfielder Gedion Zelalem received a red card in the 23rd minute after his spikes caught the ankle of Philadelphia midfielder Leon Flach on a diving tackle for the ball. Zelalem was initially shown a yellow card before a VAR review of the play was initiated. Just three minutes later, Philadelphia went ahead when a scuffed Flach shot attempt turned into the perfect pass for Kacper Przybylko, who fired home from close range to give the Union a 1-0 lead.

Down a man and a goal, and with Atlanta and Orlando within a goal of ascending into the fourth position, New York City FC found inspiration in the most likely of sources, as Castellanos rose highest to a Maxi Moralez cross to head home his 19th goal of the season in the 53rd minute to even the score and, eventually, secure the point needed for New York. Castellanos finished tied with D.C. United’s Ola Kamara, who scored twice in his team’s win on Sunday. Castellanos wins the Golden Boot on the assists tiebreaker, with Castellanos’ eight assists superior to Kamara’s five.

New York will host Atlanta United in the 4-5 matchup in Yankee Stadium on Sunday, November 21, while Philadelphia, who will be the No. 2 seed in the Eastern Conference, will take on the No. 7 seed New York Red Bulls on Saturday, November 20.

*Editor’s note: Above the byline is the photo gallery from Sunday afternoon’s contest, with photos taken by ALOST senior photographer Robert Cole. After clicking on the first photo to enlarge the picture, make sure to press the left and right arrow buttons to scroll through the rest of the pictures. There are 15 pictures in total.