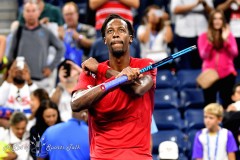 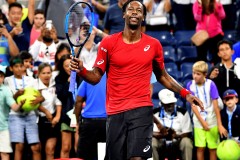 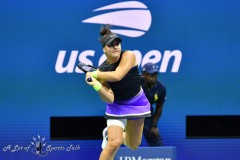 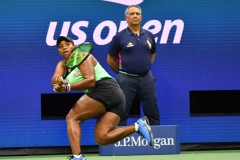 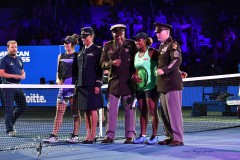 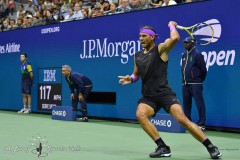 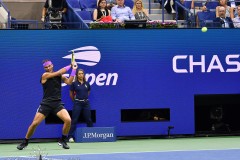 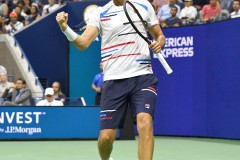 NEW YORK — In America’s Grand Slam, a couple of North Americans put in a serious shift in front of a packed house at Arthur Ashe Stadium on a day to celebrate the hard work.

Labor Day was a day off for many who came to the Billie Jean King National Tennis Center, and they were treated to a nightcap that brought drama, excitement and enthralling tennis. Young Canadian star Bianca Andreescu, who burst onto the scene this year after winning Indian Wells in March and the Rogers Cup in Toronto last month, survived three tense sets against American Taylor Townsend, who captivated tennis fans the past couple of weeks by coming from qualifying to make her first-ever round of 16 at a major.

After a dominating first set (6-1), Andreescu broke Townsend in her first two games in the second set and appeared set to run away with things at 3-0. Townsend, who kept up her strategy of serve-and-volleying on numerous points, was able to win a number of baseline rallies to come back in the set, winning six of the final seven games.

During the set, Andreescu was visibly affected by the partisan crowd, egging the fans on immediately before a double fault gave Townsend the second set. Another example of the world No. 15 being flustered came when, after another double fault, her racquet flew out of her hands while she swatted at the ball in frustration, resulting in a code violation.

Andreescu recovered in the third set, committing just four unforced errors (she committed 14 in the second set) and dominating the baseline rallies to finally see off the American.

“I’m just really happy with how calm I stayed during those moments,” Andreescu said. The time my racquet flew out of my hand was not me throwing my racquet. It slipped. I meant to hit the ball on the other side but, yeah, then I got [booed], which was nice.

“I think that’s the one thing I learned today. If I just keep calm, I can stay positive as I can and I think the crowd can’t beat me.”

Andreescu will play Belgium’s Elise Mertens for a spot in the semifinals on Wednesday. Townsend, who had just won seven tour-level matches and earned just over $330,000 in 2019 before the tournament, won three singles matches in a major for the first time and will pocket approximately $312,000 for her showing in Flushing.

*Editor’s note: Above the byline is the photo gallery from Monday’s Day 8 action, with all photos taken by contributing photographer Margot Jordan. After clicking on the first photo to enlarge the picture, make sure to press the left and right arrow buttons to scroll through the rest of the pictures. There are currently eight pictures in total. 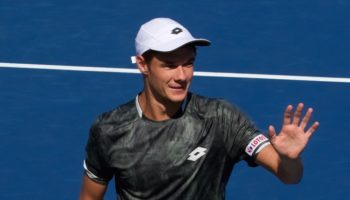