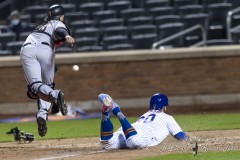 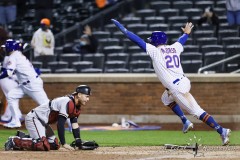 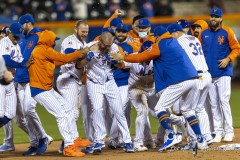 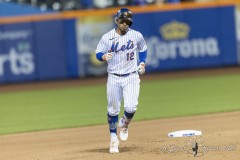 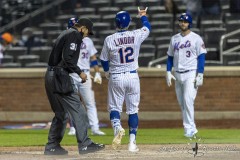 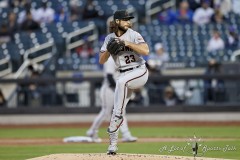 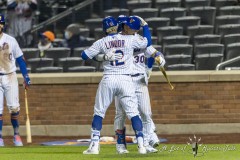 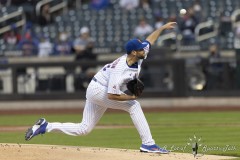 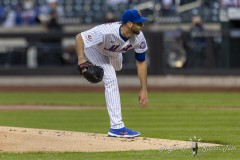 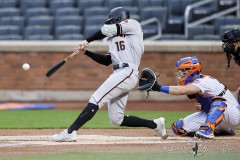 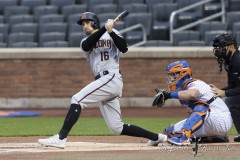 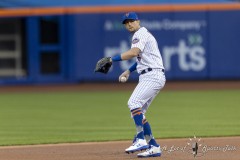 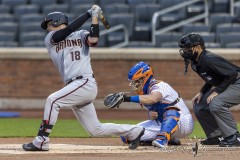 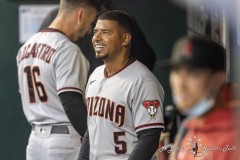 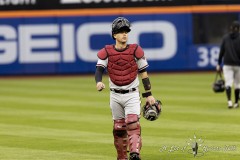 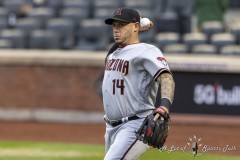 NEW YORK — New York Mets manager Luis Rojas continues to stress that his 2021 New York Mets squad is a family, but at least one sibling rivalry turned ugly right before the Mets pulled off a comeback to keep their winning streak alive on Friday night. The family appears harmonious on the outside but, given the scenes that unfolded in the same inning that the Mets started their turnaround, questions now linger as to how together this “family” will be for the rest of the season.

Moments after Francisco Lindor and Jeff McNeil appeared to get into a dugout altercation that had teammates scrambling down the stairs before the seventh-inning stretch, the former smacked his first Citi Field home run as a Met, a game-tying two-run shot that was the catalyst in the Mets’ 5-4 10-inning victory over the Arizona Diamondbacks. In his second Major League at-bat, pinch hitter Patrick Mazeika hit a fielder’s choice that allowed Pete Alonso to score ahead of the throw from the pitcher to extend New York’s winning streak to three.

What will get extended more than any win streak will be the chatter about what really happened between a couple of members of the “family,” especially after one’s explanation left many people close to the family shaking their heads in equal parts amusement and incredulity.

“I told [McNeil] that I’ve never seen a New York rat. We went down sprinting to see a New York rat and he got mad at me and said, ‘No, it’s a raccoon,'” Lindor said after the game. “It was crazy because we were going back and forth whether it was a rat or a raccoon.”

And how did the other aggressor, err, teammate, describe the altercation? Well..

“To be honest, I thought it was an opossum,” McNeil said. “Not a raccoon, but an opossum.”

Definitely typical of members of a family; covering up the real story to maintain some sort of decorum. Whether it was a rat or a raccoon or a opossum, the Mets need to make sure that what really occurred — and the tensions that clearly boiled over between teammates and, by extension, throughout the whole team — doesn’t turn the purported family atmosphere into a zoo.

“Everything that happens on a daily basis as a family happens here,” said manager Luis Rojas, who said all he saw after walking down the tunnel in the middle of the seventh was Lindor telling him that he was ready to focus back on baseball. “Everybody has an understanding of how they are and how they work.”

There was a game to talk about as well, and the D-backs were able to score all of their runs — three in the second inning and one in the third — without the benefit of a hit driving in any of the runs. Mets’ hitters were making good contact, but finding Diamondback gloves, including one off of McNeil’s bat in the seventh inning that hit relief pitcher Caleb Smith before he recovered and threw out McNeil as Tomas Nido advanced to second base.

Lindor followed McNeil — at the plate, not in the dugout this time — and, after being hitless in his first three at-bats and being booed after each empty at-bat, lifted a 2-2 pitch down the left field line for his first home tater as a Metropolitan to tie the game at 4.

It remained tied at 4 until the bottom of the 10th, as the Mets ended up loading the bases for Mazeika, whose second career plate appearance ended with a ball that went about 30 feet. The swinging bunt was far enough in front of the batcher that pitcher Stefan Crichton was unable to accurately make a flip from his glove to home plate before Alonso, the automatic runner to start the half inning, slid home.

Mets starter David Peterson only went 1.2 innings, coming within a strike of getting out of the second inning unscathed before walking opposing pitcher Zac Gallen to load the bases. Peterson then hit leadoff hitter Tim Locastro to force in the game’s first run, then walked back-to-back walks to Carson Kelly and Christian Walker to give the Diamondbacks a 3-0 lead and end Peterson’s night.

Reliever Robert Gsellman came on to retire Eduardo Escobar to end the inning, the start of 8.1 innings pitched by the Mets bullpen, who combined to yield just one run on seven hits.

Gallen allowed two runs — one earned — over six innings while allowing just four hits and striking out five. Arizona batter had 10 hits and were issued five walks, yet left 13 men on base and were 1-for-16 tonight with runners in scoring position.

*Editor’s note: Above the byline is the photo gallery from Wednesday night’s game, with all photos taken by New York City-area photographer Robert Cole. After clicking on the first photo to enlarge the picture, make sure to press the left and right arrow buttons to scroll through the rest of the pictures. There are currently 16 pictures in total.