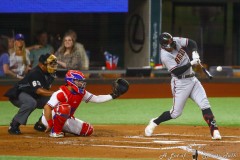 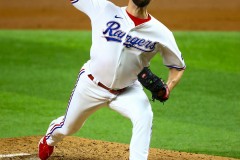 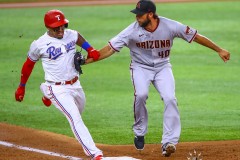 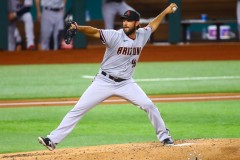 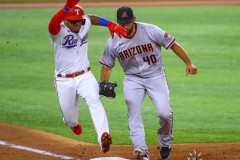 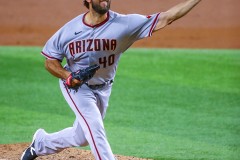 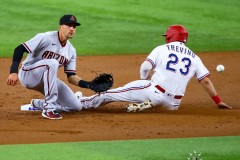 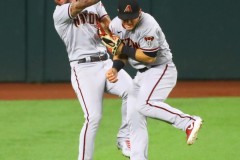 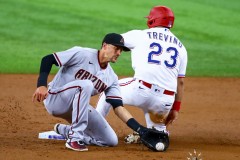 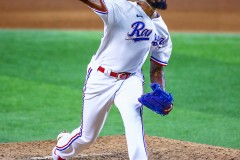 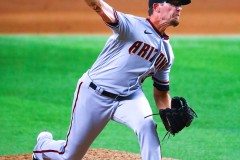 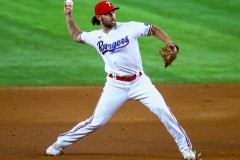 ARLINGTON, Texas — The eventual dismantling of the Arizona Diamondbacks that began the 2021 season started in earnest about an hour before first pitch. It surely will continue at full throat soon after the final pitch tonight.

Those moves hardly affected Diamondbacks starting pitcher Madison Bumgarner, whose pitches in between Arizona’s wheeling-and-dealing helped to deliver the team a rare road victory. The lefty allowed just two runs on four hits in seven innings while Daulton Varsho’s solo home run to begin the eighth inning was the difference in the Diamondbacks’ 3-2 victory over the Texas Rangers at Globe Life Field on Wednesday evening.

The name of infielder and former All-Star Eduardo Escobar was in the lineup before it was scratched, as he was dealt to the Milwaukee Brewers for a couple of prospects in Arizona’s bid to reshape the roster on the fly in its disappointing season. Without their most dangerous hitter in the lineup (or on the team for that matter), Bumgarner took it upon himself to keep the Rangers at bay, retiring the last 12 hitters after allowing two doubles and a single to begin the fourth — the inning where Texas scored its two runs.

Left fielder David Peralta, another likely candidate to be traded before the trade deadline at 4:00 pm on Friday, hit a solo shot off Rangers starter Jordan Lyles in the second inning to begin the scoring. The Diamondbacks used a sacrifice fly from Andrew Young in the seventh to tie the game before Varsho’s homer to right off Texas reliever Brett Martin to leadoff the eighth.

Tyler Clippard struck out two in the ninth in recording his first save as a Diamondback.

*Editor’s note: Above the byline is the photo gallery from Wednesday evening’s contest, with photographs taken by Dallas-area photographer Ross James. After clicking on the first photo to enlarge the picture, make sure to press the left and right arrow buttons to scroll through the rest of the pictures. There are 12 pictures in total.