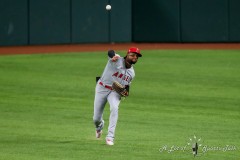 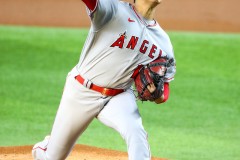 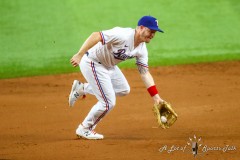 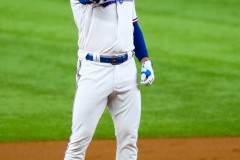 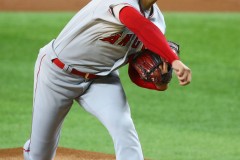 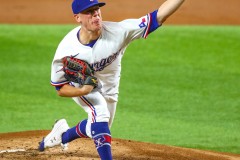 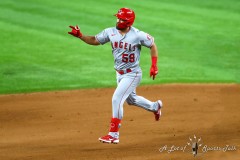 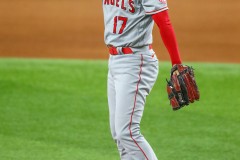 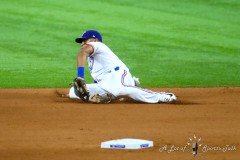 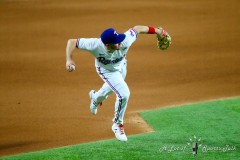 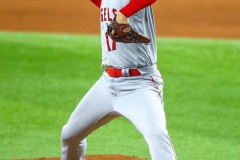 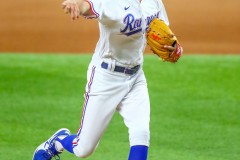 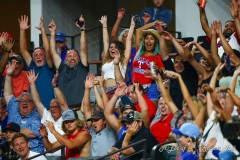 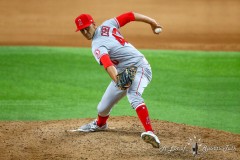 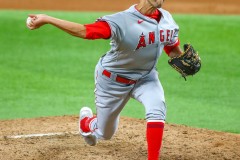 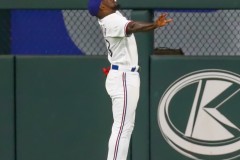 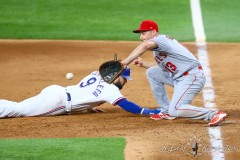 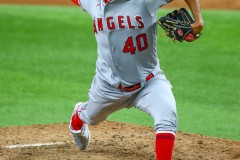 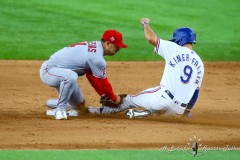 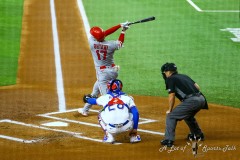 ARLINGTON, Texas — Nursing a sore thumb that put his status in pitching in the team’s latest series in jeopardy, Los Angeles Angels star Shohei Ohtani put up one of his more pedestrian performances on the mound on Wednesday evening — more than enough to make hitters look pedestrian as Ohtani continues his historic season.

Ohtani allowed just one run and struck out in six innings of work, navigating in and out of trouble a number of times, in helping the Angels reach the .500 mark once again in their 2-1 victory over the Texas Ranges at Globe Life Field. Third baseman Jack Mayfield went 3-for-3, including a solo home run in the fifth inning that proved to be the game-winning run.

Though he was not able to add to his league-leading tally in home runs (37) nor his 82 runs batted in as he went 0-for-3 at the plate, Ohtani carried over his MVP form on the mound, and he was particularly impressive when scoring threats arose throughout the game. The first inning saw Ohtani give up a one-out double to Nathaniel Lowe — who then advanced to third on a wild pitch — before returing Adolis Garcia to fly out to shallow right and Jonah Heim on another fly out to right to escape the inning unscathed.

The third inning saw Ohtani give up a two-out single to Isiah Kiner-Falefa before striking out Lowe to end the frame. Kiner-Falefa led off the sixth with a double and eventually came around to score the Rangers only run after a couple of ground outs, but then Ohtani put an exclamation point on his outing by striking out Heim swinging.

“He didn’t have his best stuff, but he competed really well,” said Angels manager Joe Maddon. “His slider was really good, and a couple of cutters..he’s got great feel for everything that he does. So, maybe not his most dynamic performance but again, highly effective, because he know what he’s doing out there.”

*Editor’s note: Above the byline is the photo gallery from Wednesday evening’s contest, with photographs taken by Dallas-area photographer Ross James. After clicking on the first photo to enlarge the picture, make sure to press the left and right arrow buttons to scroll through the rest of the pictures. There are 20 pictures in total.