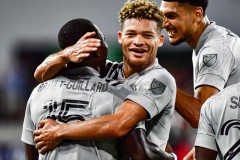 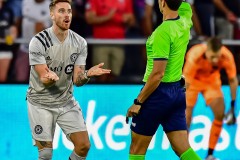 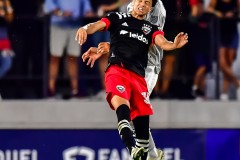 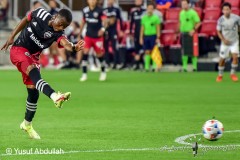 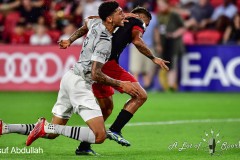 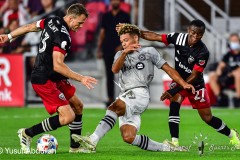 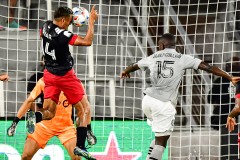 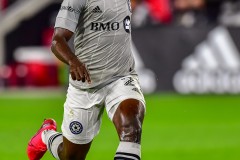 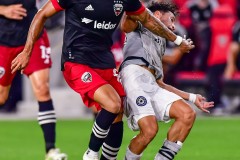 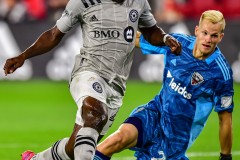 WASHINGTON — The feeling that D.C. United defender Andy Najar had after scoring his goal on Sunday night was something he had experienced while wearing the Black and Red — even if that feeling came 3,601 days and one stadium ago.

Najar’s header off a cross in the 40th minute and Ola Kamara’s strike just after halftime completed a comeback for D.C. United in its 2-1 victory over CF Montréal at Audi Field on Sunday, night, giving the squad consecutive victories for the second time this season.

In the offseason, Najar, a D.C. homegrown who last played for United in 2021, came back to the squad after a decade away from the Capitol, mostly spent with Belgian first-division side Anderlecht. The former winger last scored for D.C. United back on September 29, 2011, in a game at Philadelphia, and, closing in on the 10th anniversary of his last goal with the team and in MLS, Najar deftly tucked in a header off an outswinging free kick from Julian Gressel to even the score at 1-1.

Capitalizing on the momentum scoring not long before the halftime whistle, D.C. United scored within 10 minutes of the start of the second half to take the lead. Defender Antinio Alfaro stuck a leg in to dispossess Joaquín Torres in the Montreal half, with the poke going right into the direction of Kamara, who took one touch before curling a ball around goalkeeper Sebastian Breza and into the bottom corner.

Montréal got the scoring started when another defender, Zachary Brault-Guillard, scored his second-career MLS goal when what looked like an intended cross befuddled D.C. United goalkeeper Jon Kempin before settling into the net.

*Editor’s note: Above the byline is the photo gallery from Sunday evening’s game, with all the photos produced by DC-area photographer Yusuf Abdullah. After clicking on the first photo to enlarge the picture, make sure to press the left and right arrow buttons to scroll through the rest of the pictures. There are 10 pictures in total.