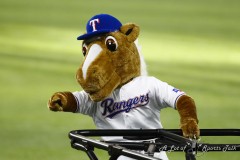 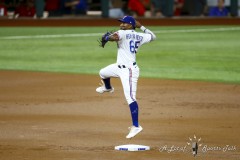 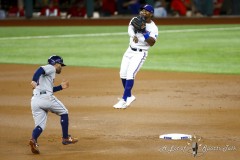 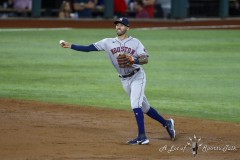 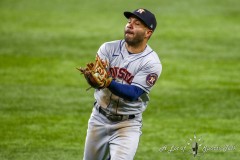 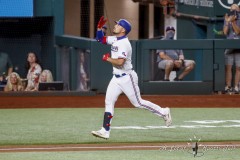 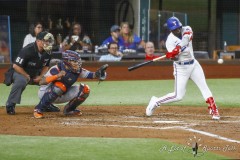 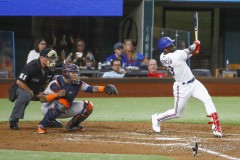 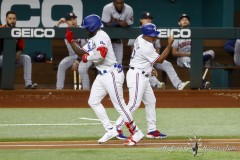 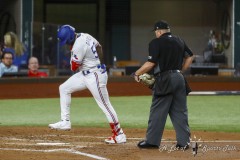 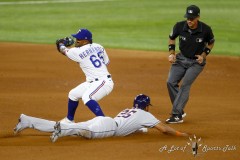 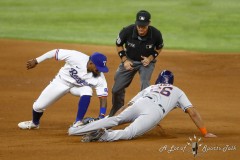 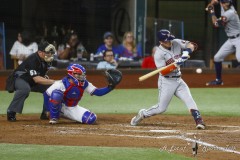 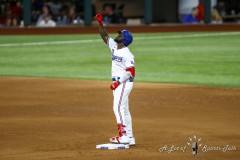 ARLINGTON, Texas — One swing from Adolis Garcia on Tuesday night made Texas Rangers history, and his teammates followed suit in getting back even against their Lone State State rivals in their latest series.

García hit his 30th home run of the season, one of four homers hit by the Rangers in an 8-1 win over the Houston Astros at Globe Life Field. Nathaniel Lowe and DJ Peters also homered in support of former Houston Astros pitcher Jordan Lyles, who threw seven scoreless innings.

With the Rangers holding a 2-0 lead in the third inning after Lowe’s two-run shot in the first, García lifted a 2-1 pitch from Astros starter Zack Grienke over the 410-foot sign in right-center field for a two-run homer and doubled the Rangers lead. García’s 30 home runs now ties a franchise rookie record, as Pete Incaviglia also hit 30 home runs in his rookie year in 1986.

In eight games against Houston at home, García has hit a home run in six of the contests.

“He loves to play, I think that’s the biggest thing,” said Rangers manager Chris Woodward about García. “He loves going out there every day, he brings the same intensity. He loves playing defense…He plays hard every game. He plays with the joy of flair, and he’s not afraid of the big moments.”

Lyles was barely troubled on the mound as he won his third consecutive start, allowing just three hits and striking out seven Astros hitters. In those last three starts, Lyles has allowed just 12 hits in 20.2 innings while batters are hitting .174.

The Astros’ only run came in the ninth inning on a Carlos Correa single off reliever Josh Sborz to score Just Altuve. While each of the top four hitters in Houston’s lineup recorded at least one hit, batters five through nine went a combined 1-for-14.

*Editor’s note: Above the byline is the photo gallery from Tuesday evening’s contest, with photos taken by ALOST photographer Ross James. After clicking on the first photo to enlarge the picture, make sure to press the left and right arrow buttons to scroll through the rest of the pictures. There are 14 pictures in total.