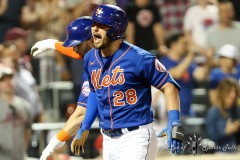 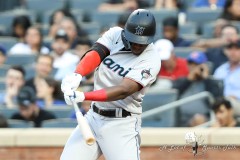 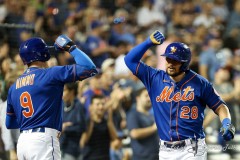 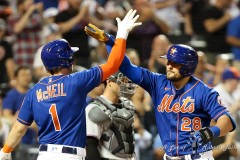 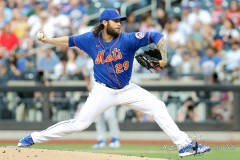 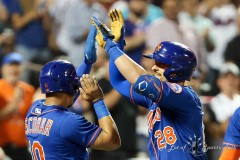 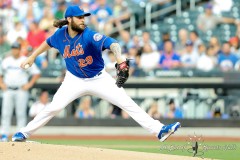 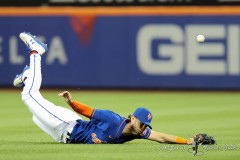 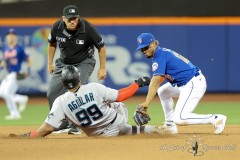 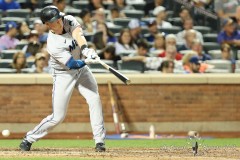 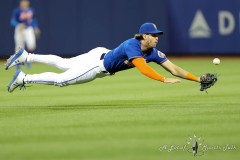 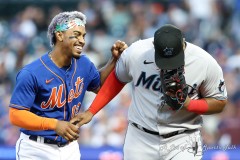 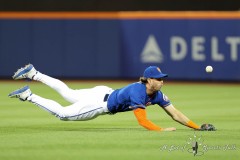 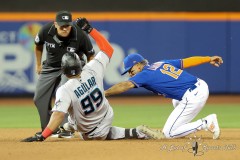 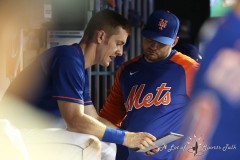 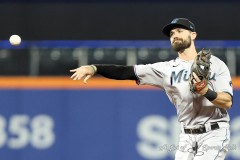 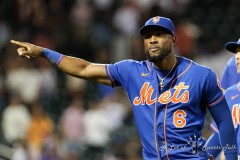 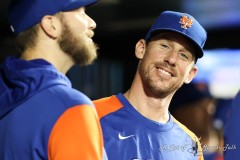 NEW YORK — There was a silver lining to find amidst the offensive malaise that New York Mets designated hitter J.D. Davis found himself in, as much as a part-time player coming into the game batting well under the Mendoza line is able to find such positivity. From the bottom of the order, Davis became the headliner on Thursday with a career night that, surprisingly enough, we could have seen coming.

Davis punctuated a offensive explosion by New York by hitting his first-career grand slam in the fifth inning, helping to lift the Mets to a 10-0 victory over the Miami Marlins at Citi Field. Catcher James McCann, who batted ninth and immediately behind Davis, cranked a three-run shot in the fourth to blow the game open, while Davis’ five RBI on the evening are a career high.

Going into tonight, Davis had just three hits in his last 24 at-bats (.125 batting average), but did have four hits in eight career at-bats against Miami’s starter, left-hander Daniel Castano. Davis’ mastery of Castano continued anew in the third inning with a double to lead off, and the former scored on a one-out double from Brandon Nimmo to open the scoring. New York added another run when Francisco Lindor reached on an infield single in which shortstop Miguel Rojas committed a throwing error to allow Nimmo to score.

One inning later, and with runners on first and second, Davis singled to left off Castano to drive home Mark Canha and open up a 3-0 Mets lead. McCann, who was just 3-for-21 (.143) since his return from a fractured left hand suffered in May, followed with a towering three-run home run into the left field bleachers to double New York’s lead and truly begin the blowout.

Castano was gone by the time Davis took his turn at-bat in the fifth inning with the bases loaded. Davis took an 0-1 slider from reliever Jimmy Yacabonis and launched it into the first row of bleachers in left for his first-ever granny and a 10-0 bulge.

As it turned out, the two runs in the third inning by the Mets were more than enough for starting pitcher Trevor Williams to work with, as he allowed just two hits and struck out seven Marlins as he faced just one batter above the minimum in seven innings of work. As a staff, New York faced just 28 hitters as reliever Jake Reed threw a perfect two innings to close the game, striking out two.

*Editor’s note: Above the byline is the photo gallery from Thursday evening’s contest, with photos taken by ALOST photographer Jenny Rohl. After clicking on the first photo to enlarge the picture, make sure to press the left and right arrow buttons to scroll through the rest of the pictures. There are XX pictures in total.