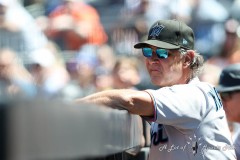 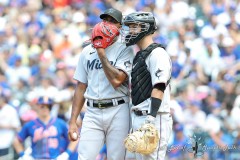 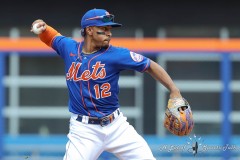 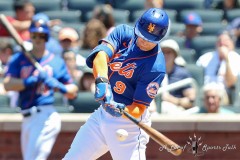 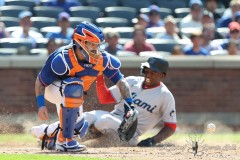 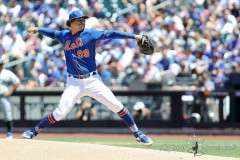 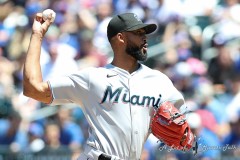 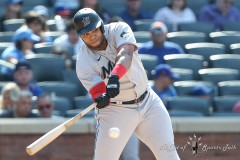 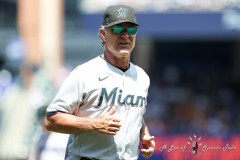 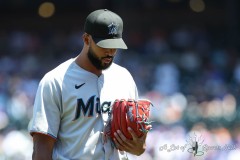 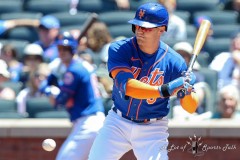 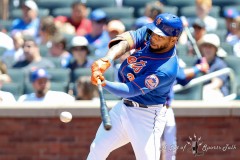 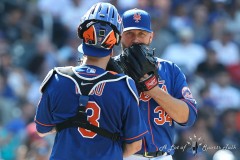 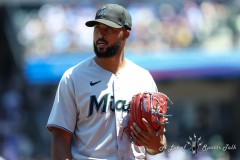 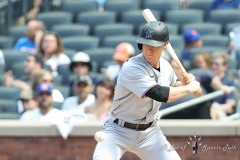 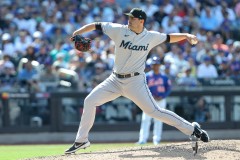 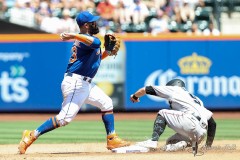 NEW YORK — Even on the rare occasion that Miami Marlins starting pitcher Sandy Alcantara did not have the form of someone in line to be the starting pitcher of an All-Star Game, he still has a more than decent chance of going deep into games and putting up zeroes on the scoreboard, and that display which unfolded on the mound today may have just sealed Alcantara’s place on the hill to start the latest Midsummer Classic.

Alcantara threw seven scoreless innings to keep the Marlins in the game before Billy Hamilton’s dash to home plate after a steal of third and an error on the throw by catcher Tomás Nido in the tenth inning broke a scoreless deadlock in the Marlins’ 2-0 victory over the New York Mets at Citi Field. Three Marlins relievers came on after Alcantara to complete the shutout, throwing three combined innings while allowing just one hit.

Though Alcantara faced the minimum nine batters in the first three innings, allowing just one hit — and inducing a double play immediately after that hit — through the first time around the Mets lineup, he was noticeably not as sharp compared to many of his other starts, as he had trouble accurately locating his normally devastating off-speed pitches for most of the game. He pitched around traffic the second time he went through the order, having to get out of jams in the fourth and sixth innings when the Mets got runners to first and second.

“It was probably one of his best performances from the standpoint where he wasn’t clicking with all his stuff,” Marlins manager Don Mattingly said. “We’ve seen games where his changeup is good, slider is good, four-seam was good, and then it’s lights out. Today, he had to fight. He didn’t have all his stuff today. Him and [Miami catcher Jacob Stallings] did a nice job of using his stuff and getting through it.”

The Mets’ biggest threat came in that sixth inning, when Brandon Nimmo reached on a Brian Anderson error at third to lead off and Mark Canha followed by drawing a walk. Now facing the heart of New York’s order nearing the end of his start, Alcantara was able to induce a double play grounder from Francisco Lindor before getting Pete Alonso to pop out to first to end the inning.

“I don’t have to worry about any situation or error with men on base because I know I can use my stuff to get out of the jam,” Alcantara said.

Mets starting pitcher Taijuan Walker matched Alcantara pitch for pitch, also throwing seven innings and not allowing a run while only giving up three hits. Walker, who made his first All-Star Game last season as an injury replacement, was not selected for this year’s game on Sunday despite sporting numbers that are All-Star worthy (7.2, 2.63 ERA, 1.10 WHIP). Walker recorded his fourth start this season of at least seven innings without allowing an earned run, ranking second in the Majors in such starts, only trailing Alcantara. If and when players selected for the All-Star Game start to decline that invitation, which has become commonplace amongst pitchers over the past couple of decades, Walker should be first in line in getting the call as a replacement.

“I feel confident in everything I have right now, with all of my pitches,” Walker said after the game. “I’ve been getting a lot more ground balls this year, and it’s nice because I have a really good defense behind me.”

Though he was unable to earn a 10th win of the season, Alcantara, who leads Major League Baseball in innings pitched and complete games, did find out after the game that he as named an All-Star for the second time, to go along with getting the nod in 2019. Though the Los Angeles Dodgers’ Tony Gonsolin looks in line to get the nod to start the game due to his 11-0 record and making his home in the stadium that’s hosting the Midsummer Classic this year, Alcantara has more than a puncher’s chance of throwing the first pitch of the game at Dodger Stadium, an accomplishment that has been on the mind of the 26-year-old Dominican.

“It would mean a lot to start,” Alcantara said. “That would be my first time starting in an All-Star Game. I think it’s going to be great for me, my country and my team. Let’s see what they say.”

*Editor’s note: Above the byline is the photo gallery from Sunday afternoon’s contest, with photos taken by ALOST photographer Jenny Rohl. After clicking on the first photo to enlarge the picture, make sure to press the left and right arrow buttons to scroll through the rest of the pictures. There are 13 pictures in total.