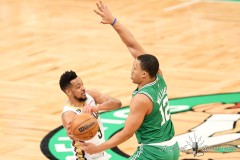 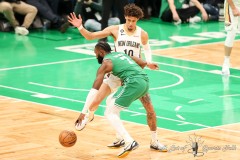 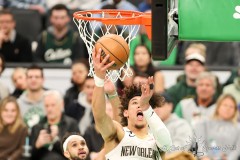 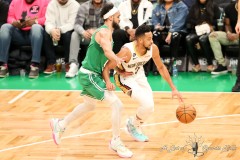 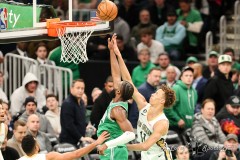 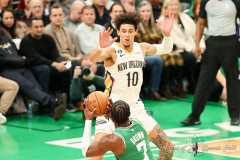 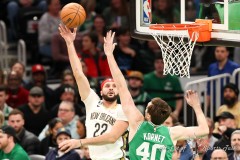 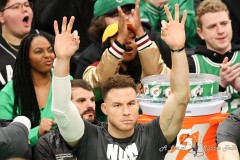 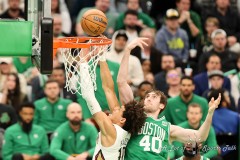 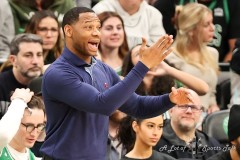 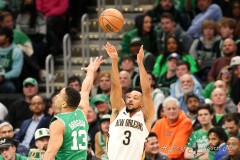 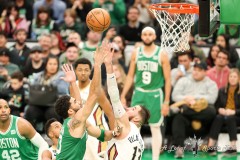 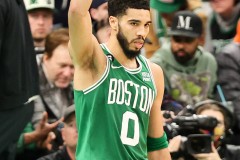 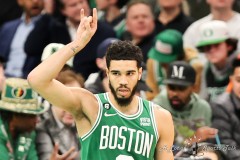 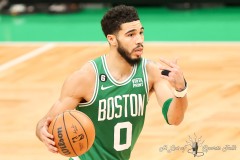 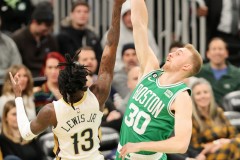 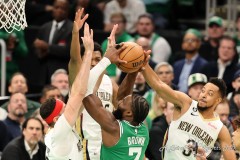 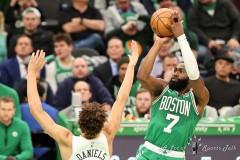 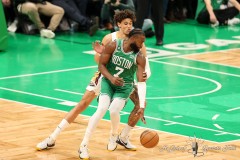 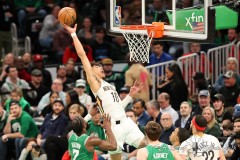 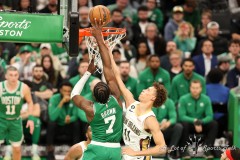 BOSTON — To hear Jaylen Brown say it, the heights that he and All-Star teammate Jayson Tatum continue to reach during this season is just a small sample of what’s to come later on with the game’s most lethal duo. After another impressive win, and a couple of impressive individual performances once more from JB and JT, the league may soon find out that there are no limits to the duo’s powers on the court.

Brown scored a season-high 41 points while Tatum chipped in with 31 points to lead the Celtics past one of the top teams in the Western Conference, the New Orleans Pelicans, 125-114, at TD Garden on Wednesday evening. Both completed double-doubles, with Brown hauling in a game-high 12 rebounds while Tatum had 10 boards, as the Celtics won their fourth consecutive game overall and sixth in a row at home.

Tatum admitted at the start of the season that the plaudits that he and Brown received for going to the NBA Finals last season only served as more motivation during the offseason to get over the top in 2022-23, and the duo are playing like there is unfinished business. Tonight marked the 19th game in 42 team games this season that Tatum and Brown have each scored 30 points in a game, and the Celtics are an impressive 18-1 in those contests.

“I don’t think this is the best you will see,” said Brown said, whose career high of 50 points came last January against Orlando. “I definitely think we’ve got other limits to reach in the future, in our career. This is just part of the process.”

After taking a three-point lead into the second quarter, the Celtics opened the frame on a 9-0 run to extend the lead to 44-32, the last of those points coming on a running slam by Tatum off a feed from Derrick White. Boston did not relinquish the lead the rest of the way as both Brown (11 points) and Tatum (10 points) each scored in double digits in the second quarter.

CJ McCollum scored 38 points for the Pelicans, including six three-pointers, and he has scored at least 26 points in the last four games he has played. McCollum has had to shoulder more of the scoring load for New Orleans as Zion Williamson missed his fifth consecutive game with a strained right hamstring while Brandon Ingram has been sidelined since late November with a toe injury.

“He’s gotten himself going. It’s incredible to see how consistent he is,” Pelicans coach Willie Green said of McCollum. “Unfortunately we just came up short tonight.”

*Editor’s note: Above the byline is the photo gallery from Wednesday evening’s game, with all photos taken by ALOST photographer Jenny Rohl. After clicking on the first photo to enlarge the picture, make sure to press the left and right arrow buttons to scroll through the rest of the pictures. There are 21 pictures in total.