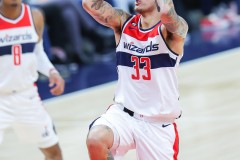 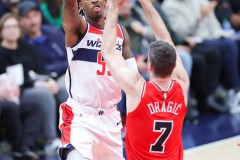 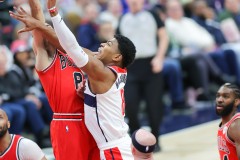 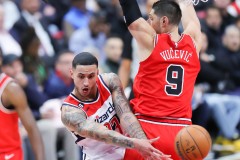 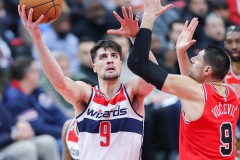 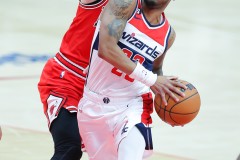 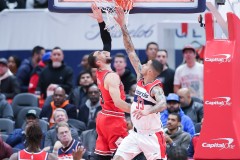 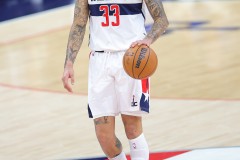 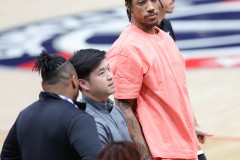 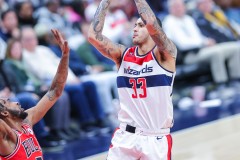 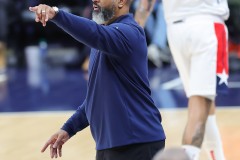 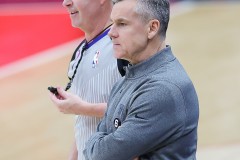 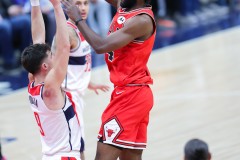 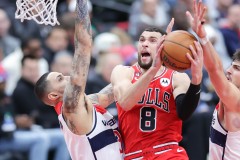 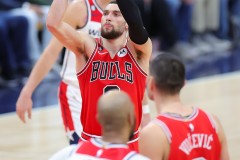 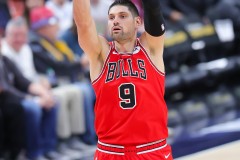 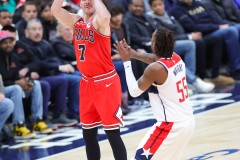 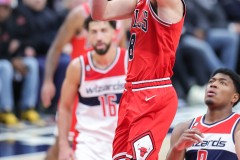 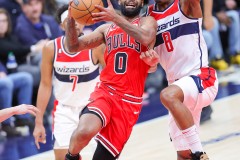 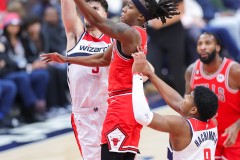 WASHINGTON — One game after receiving his marching orders during a frustrating time out on the court, Washington Wizards forward Kyle Kuzma more than made amends.

Kuzma nailed a fadeaway three-pointer with 5.7 seconds remaining, lifting the Wizards past the Chicago Bulls 100-97 inside of Capital One Arena on Wednesday. The three ball was the last of Kuzma’s 21 points as Washington snapped a three-game slide.

Kuzma played only 23 minutes on Monday night before fouling out early in the fourth quarter of the Wizards’ loss to New Orleans on Monday, a game in which he also picked up a technical foul in the second quarter and a flagrant foul in the fourth. After his sixth foul, Kuzma eschewed a seat on the Wizards bench to finish watching the game and immediately headed toward the locker room.

On Wednesday, Kuzma ended the game on the floor, and make sure that he walked off a winner after Washington called his number and he drained the right-wing three in front of the Wizards bench and over the defense of Alex Caruso.

“I was trying to give myself the best chance to make a play,” Kuzma said. “I caught the ball, I looked left, a lot of teams are forcing me left. I just had Delon [Wright] get flat a little bit. I knew I had Caruso on me and he’s one of the better defenders in the league. Give myself a chance to pick either way instead of being directed in one. …Rose up and shot it and it went in.”

Bulls guard Zach LaVine, who made a game-tying three-pointer on the possession before Kuzma’s heroics, drove inside of the arc and attempted to draw a foul, but his jumper from inside the arc missed amidst the tight defense of Wizards guard Delon Wright. Washington had a foul to give and LaVine appeared to try and exploit that by going up for a shot in anticipation of the Wizards giving a foul.

“[The officials] didn’t call it,” said LaVine, who led all players with 38 points. “That’s how it is. I could have pulled up deep for 3, [but] once I walked into it and he tried to grab me, I tried to pull up.”

Both teams were playing shorthanded, as Bradley Beal once again missed the game with a strained left hamstring while Bulls guard DeMar DeRozan missed his first game of the season as he sat out with a right quadriceps strain.

*Editor’s note: Above the byline is the photo gallery from Wednesday evening’s game, with all photos taken by DC-area photographer Clifford Ray Williams. After clicking on the first photo to enlarge the picture, make sure to press the left and right arrow buttons to scroll through the rest of the pictures. There are 20 pictures in total.