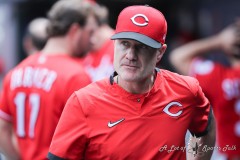 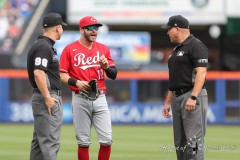 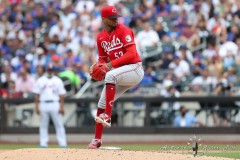 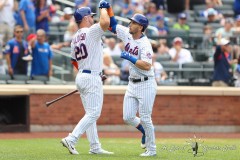 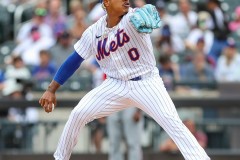 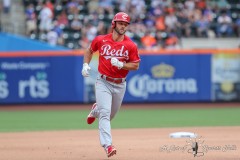 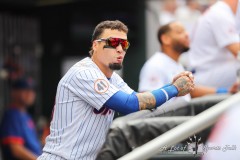 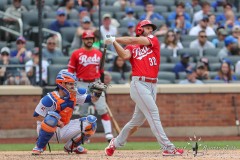 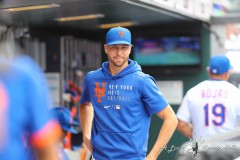 NEW YORK — Only a few inches separated Cincinnati Reds first baseman Max Shrock from once again seeing time on the bench to begin a baseball game the following day. That close call, off the bat of his mentor, turned into a career day at the batter’s box from the protégé in just a matter of hours.

Shrock, starting at first base as mainstay Joey Votto was given the day off, produced a career-high five hits in a 5-for-5 performance to lead the Reds to a 7-1 victory over the New York Mets to take the three-game weekend set at Citi Field. Vladimir Gutierrez dazzled on the mound by pitching seven innings and allowing just one run on three hits to keep the Mets offense under wraps.

The decision by Reds manager David Bell to leave Votto out of the starting lineup today was surely made easier by the latter barely missing the chance to become fourth Major Leaguer to hit a homer in eight consecutive when his line drive base hit slammed off the very top of the right-centerfield wall on Saturday night. No pressure to keep Votto on the field to chase history led to Shrock getting a chance at the corner, and, in the fourth inning, channeled Votto by smacking a solo shot to right off Mets starter Marcus Stroman for the game’s first run.

Sandwiched in between the home run was four more hits to set a career high, while also helping the Reds to a fifth win in six and to a season-high watermark of six games over .500. So what’s the secret of slamming while playing first base for the Reds?

“I wish I knew, I’d do it more often,” said Shrock, a second baseban by trade who had all of nine hits in 19 games before today. “I was just getting up there trying to see good pitches and not do too much with the ball today.”

*Editor’s note: Above the byline is the photo gallery from Saturday evening’s contest, with photographs taken by Baltimore-area photographer Clifford Ray Williams. After clicking on the first photo to enlarge the picture, make sure to press the left and right arrow buttons to scroll through the rest of the pictures. There are 17 pictures in total. 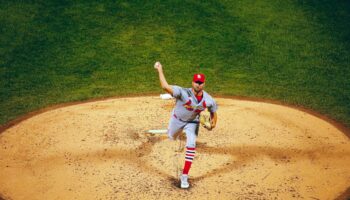 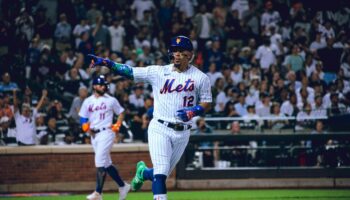