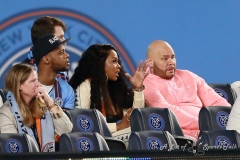 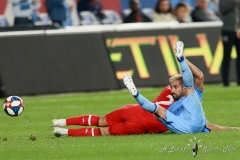 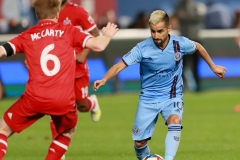 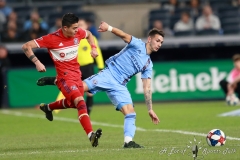 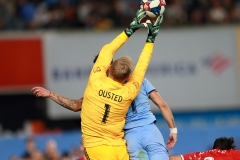 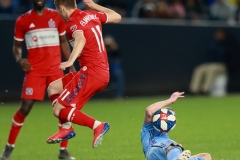 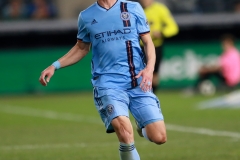 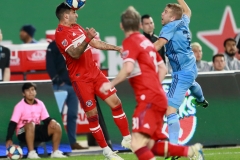 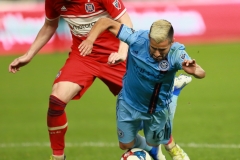 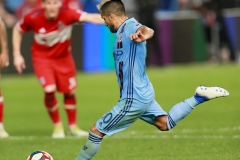 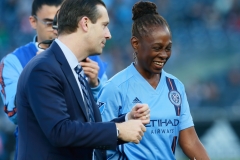 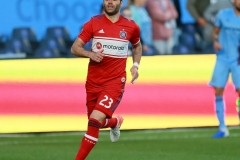 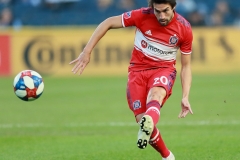 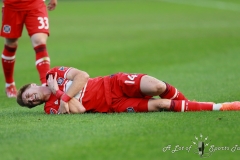 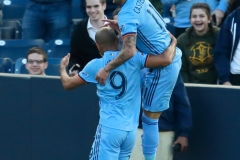 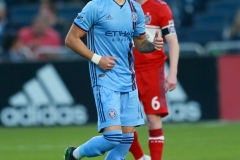 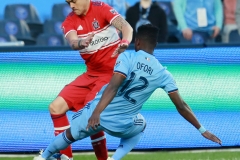 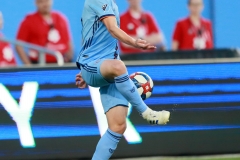 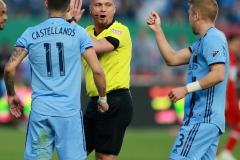 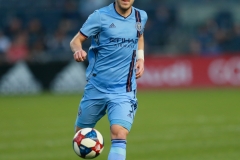 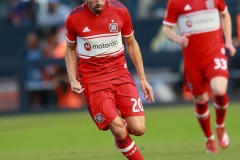 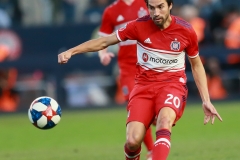 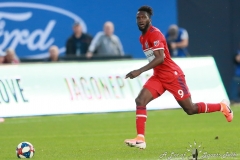 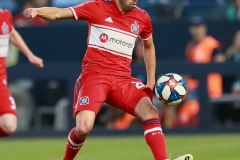 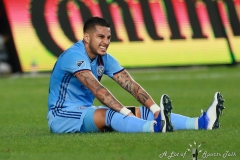 NEW YORK — While a slow start to a season for New York City Football Club was not entirely a surprise, especially one where it has to replace its all-time leading goal scorer, there was enough that head coach Dome Torrent saw on the field that he felt a tactical shift in formation was necessary so early in the campaign. A couple of weeks into the new-look NYCFC and it’s “so far, so good.”

NYCFC won consecutive games for the first time this season after a 1-0 victory over the Chicago Fire on Wednesday night, making an early ninth-minute goal from Valentin Castellanos stand up for the rest of the contest. After going winless in its first five games (four draws and a defeat), coach Torrent decided to play five men in the back, moving midfielder James Sands into a third center back spot. The results have followed, with a draw and back-to-back wins allowing NYCFC to quickly move up in the Eastern Conference standings.

“I think the players are feeling more comfortable and I also feel comfortable as coach,” Torrent said. “I think the prior matches before the winning streak went well. I think we have a system that the players enjoy. We have good quality players. It does not always mean that we will always use the system of play. It all depends on the opponents we are facing. However, the matches where we have used this system have been successful.”

Once NYCFC was able to take the lead, as Castellanos slid in the six-yard box to slot home a pass from fellow striker Heber, it put the clamps down defensively, leading to a second consecutive clean sheet.

“I think we’re all comfortable. We’re three games into the system and I think if we’re not comfortable now, then we have a problem,” said New York City FC goalkeeper Sean Johnson. “But we have talented players, talented group – an intelligent group as well that’s able to take on principles rather quickly, execute them and I think we’ve done a pretty good job of that.”

The defeat saw Chicago’s four-match unbeaten run snapped, though it did tally a goal in the second half as striker CJ Sapong tapped home a pass from Nemanja Nikolic, but the latter was deemed offside on the initial buildup to the play.

Chicago officially did not register a shot on target from their four total shots in the contest, with New York’s defense restricting any gilt-edged opportunities from its opponent.

“I’m disappointed. I thought we could have gotten more out of it,” said Chicago Fire goalkeeper David Ousted. “We came here with an idea of getting points away from here but the way it shaped up tonight, it wasn’t to be. I think we put in a lot of work but we fell shy.”

*Editor’s note: Above the byline is the photo gallery from Wednesday evening’s game, with all photos taken by A Lot of Sports Talk senior photographer Robert Cole. After clicking on the first photo to enlarge the picture, make sure to press the left and right arrow buttons to scroll through the rest of the pictures. There are 26 pictures in total.

Top of the Line (Reaching for the Stars; Stanley Cup Playoffs First Round — Game 5)